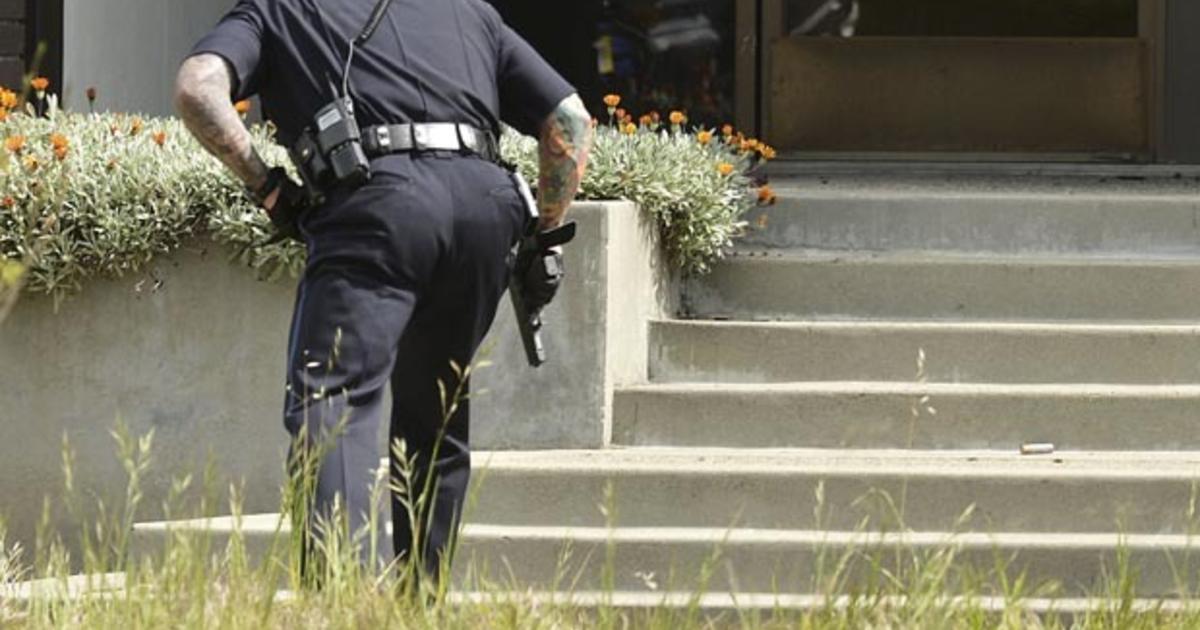 (CBS / AP) OAKLAND, Calif .– A gunman opened fire on a Christian university in California on Monday, killing at least seven people and injuring up to three others, authorities said. Police say they have a suspect in custody.

Police identified the suspect as a 43-year-old Oakland man named One L. Goh, who is in custody after going to a shopping mall about an hour after the shooting at Oikos University Monday morning.

Authorities say he was a former student of the Christian school.

The deadly shooting erupted around 10:30 a.m. at Oikos University in Oakland, officials said.

Police from nearby Alameda told KCBS that the suspected gunman was taken into custody in the parking lot of the Safeway store around 12:20 p.m.

Police believe the gunman acted alone, although they did not discuss a possible motive. People associated with the school, including the founder and several students, described the gunman as a former nursing student.

Officer Johnna Watson said the suspect was an Asian man in his forties and was arrested at a shopping mall in nearby Alameda. Watson wouldn’t confirm if he was a student.

Watson said most of the injured or dead were shot inside the building. The industrial park in which the school is located also includes the county food bank and a local Girl Scout headquarters.

Authorities earlier described him as a beefy Korean in his forties wearing khaki clothes. “I can confirm that we have one person who has been detained and who we believe may be responsible for this shooting,” Watson said.

KTVU-TV reported that the gunman opened fire in a classroom.

After the shooting, CBS San Francisco video showed a chaotic scene as heavily armed SWAT officers stormed the building and bloodied victims were carried on stretchers and loaded into ambulances. Several bodies covered with sheets were stretched out on a patch of grass.

Police also evacuated nearby businesses and officers from the Federal Bureau of Alcohol, Tobacco and Firearms arrived at the scene to assist with the investigation.

Pastor Jong Kim, who founded the school about 10 years ago, told the Oakland Tribune that the shooter was a nursing student who was no longer enrolled. He did not know if the shooter had been kicked out or abandoned. Kim said she heard about 30 rapid-fire shots in the building.

Deborah Lee, who was in an English class at the time, said she first heard five to six gunshots. “The teacher said, ‘Run’, and we run,” she said. “I was fine, because I know God is protecting me. I’m not afraid of him.”

Angie Johnson told the San Francisco Chronicle that she saw a young woman leave the building with blood flowing from her arm and cry: “I was shot. I was shot.”

The injured woman said the gunman was a man in his nursing class who stood up and shot a person point blank in the chest before spraying bullets into the room, Johnson said.

“She said he looked crazy the whole time,” Johnson said, the victim told her, “but they never knew how far he would go.”

According to his website, Oikos University offers studies in Theology, Music, Nursing and Asian Medicine. A phone message left on the university’s voicemail was not immediately returned.

For the latest news and analysis, download the free CBS News app