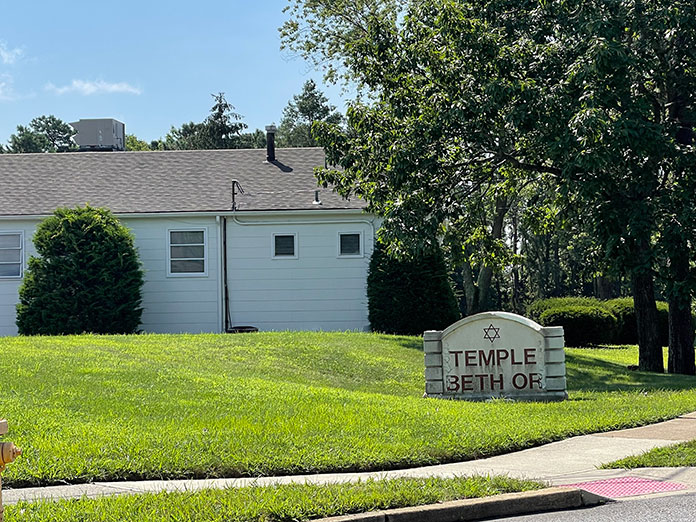 By Chris Lundy and Judy Smestad-Nunn

BRICK — On Friday, Aug. 20, the township filed a lawsuit in Superior Court to force an unlicensed school that operated on the site of the former Temple Beth Or to immediately cease operations.

Mayor John G. Ducey said the lawsuit was necessary since all landowners are required to follow township zoning regulations and “the township will enforce the law.”

The township began to fine the operator of the boys’ school, identified in the lawsuit as Congregation Kehilos Yisroel, Inc. (CKY), which opened in the old temple because it has not obtained the appropriate authorizations and inspections.

“The purpose of this action is to enforce The Brick’s zoning and land use ordinances and to obtain relief from requiring the unlicensed private boys’ school to cease operations until all approvals are met. land use and required uniform building code permits be obtained,” the city said in the lawsuit.

Temple Beth Or, at 200 Van Zile Road, closed earlier this year and has been sold. With a declining congregation, the group struggled to maintain the large 4.11 acre site.

Township business administrator Joanne Bergin said when a property changes use, such as from a temple to a school, it must go through the township’s planning board.

A previous article by brick time said CKY had not made a request, based on a July 27 email sent to that newspaper by the township.

The township has been notified by the property owner that the building is being leased to someone who is using it as a boys’ school, Bergin said.

On March 11, CKY attorney Samuel Pum applied for a zoning permit to rehabilitate the existing place of worship, but the application did not mention school use, the lawsuit says. The zoning permit further states that any change in use would require site plan approval.

In a site plan prepared in 1975 and an engineering review of the property completed in 1976, there is no depiction of a school and identifies the structure there as a synagogue and identified no future use of the building other than a synagogue, the lawsuit said.

Bergin said there were notices of violation, which include a fine of up to $2,000 per day, which they did not fully comply with. It’s not just because it’s used as a school; there are a number of other things the township needs to look at to ensure the building is safe to use for residents and those around them. For example, if an interior wall was knocked down or if electrical outlets were changed, they would have to be inspected to ensure that they are safe.

A letter had been circulating on social media stating that a request had been filed with the city’s board of adjustment for a “change of use”. The letter urged people to attend land use meetings to protest the school, but the school was not on the agenda of any meeting.

Township zoning officer Christopher Romano learned around early June that there had been a change in use and a private high school was operating on the property.

What followed was a series of phone calls and email exchanges between township attorney Ronald D. Cucchiaro, landlord attorney Adam Pfeffer, attorney Pum, and Romano about the demand for a site plan approval, and that a violation would be issued if a proper site plan application was not filed.

“Not only did CKY fail to apply for or obtain the required land use permits and approvals and uniform building code, but the intensity of school use increased and more than 100 students started to be frequented regularly in early August 2021,” the lawsuit states.

Temple Beth Or Board chair Sandi Silber said the new owners told her the site would continue to be used as a synagogue.

There have only been two bids for the Temple Beth Or property, a 4.6-acre site with a 17,000-square-foot synagogue, a 3,000-square-foot original temple, and a three-bedroom residence for the rabbi.

The property sold for $3.5 million and was purchased by a Lakewood group.

Calls to school representatives were not returned by press time.