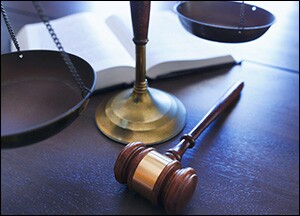 A federal appeals court ruled on Friday that the exclusion of a Catholic school student from a Vermont program allowing some high school students to duplicate college courses at state expense was likely unconstitutional under recent United States Supreme Court rulings on the free exercise of religion.

A panel of the United States Court of Appeals for the 2nd Circuit, New York, unanimously quashed a judge in a federal district court and ruled that a student at Rice Memorial High School, which is part of the Roman Catholic Diocese of Burlington, Vermont, deserved a preliminary injunction blocking the exclusion of religious school students from the dual enrollment program.

The student, identified in court documents as AH, lives in South Hero, Vermont, one of several communities in the state that does not operate a public high school and allows parents to send their children to schools. long-standing private schools under Vermont. practice of “schooling”.

In litigation dating back more than 20 years, courts have ruled that the Vermont Constitution clause prohibiting forced support of religion places limits on the use of public funds to pay tuition fees for students attending schools. religious schools.

The dual enrollment program allows high school students to take up to two university courses at public expense. The Vermont Education Agency interpreted state law as essentially preventing students in religious schools from participating, according to the AH lawsuit. In 2015, court documents indicate that a program coordinator said “students from a Christian or parish school or privately funded students are not eligible for dual enrollment.”

When AH sought to take two science courses at the University of Vermont, his public school district turned down his application for the dual enrollment program.

AH and her parents, as well as Rice Memorial High School, challenged the exclusion of students from religious schools under the First Amendment’s free exercise of religion clause. Last March, a federal district court dismissed the plaintiffs’ request for a preliminary injunction and said they were unlikely to succeed on the merits of their claims.

However, in June, the Supreme Court ruled Espinoza v. Montana Department of Revenue, finding that a Montana state constitutional provision prohibiting aid to religious schools discriminated against schools and families seeking a state tax credit for grant donations . This decision is based on a 2017 High Court decision, Columbia Trinity Lutheran Church c. Comer, who ruled that Missouri had violated the free exercise clause by refusing to allow a church to receive a grant from a public program to improve playground safety.

Shortly after the Espinoza decision, the court of the 2nd circuit issued an emergency injunction to AH allowing him to participate in the double enrollment program this school year. The tribunal then heard arguments on appeal, and in its decision of January 15 in AH v. French, ruled for the student and the Catholic high school.

“After Lutheran Trinity and Espinoza, [A.H. and the school] have a clear likelihood of success on the merits of their First Amendment claim as applied, â€the 2nd Circuit court said. â€œThe record of this appeal clearly shows religious discrimination. In the seven years since the enactment of the DEP, no religious school or any of their students have ever been allowed to participate. “

The decision was made unanimously by two members of a three-member panel who heard the arguments in the case. The third panel member, U.S. Circuit Senior Judge Ralph K. Winter, died in December.

Judge John M. Walker Jr.’s Main Opinion and Judge Steven J. Menashi Accord discuss some quirks of Vermont’s tuition program, including the fact that some districts pay tuition fees for students attending schools religious because previous court rulings allowed such payments when they were â€œadequateâ€. guarantees â€have been observed. (They say the state has never clearly defined what these adequate constitutional guarantees are.)

Walker said the evidence appears to show that students in religious schools are categorically excluded from the dual enrollment program, a result that is unnecessary under the First Amendment ban on establishing a religion by the government.

“Any objection to the establishment clause would be particularly unfounded here, as Vermont funds the DEP by paying tuition fees directly to Vermont colleges, not religious high schools,” Walker said.

The 2nd Circuit decision is at least the second by a federal appeals court to implement the Supreme Court decision Espinoza decision to an eccentric state tuition assistance program.

In October, a panel of the United States Court of Appeals for the 1st Circuit, in Boston, confirmed the exclusion by the State of Maine of “sectarian” schools of its program to pay private school tuition fees for students in communities without high schools, notwithstanding the Espinoza decision.

Surau, the religious school gets improvements