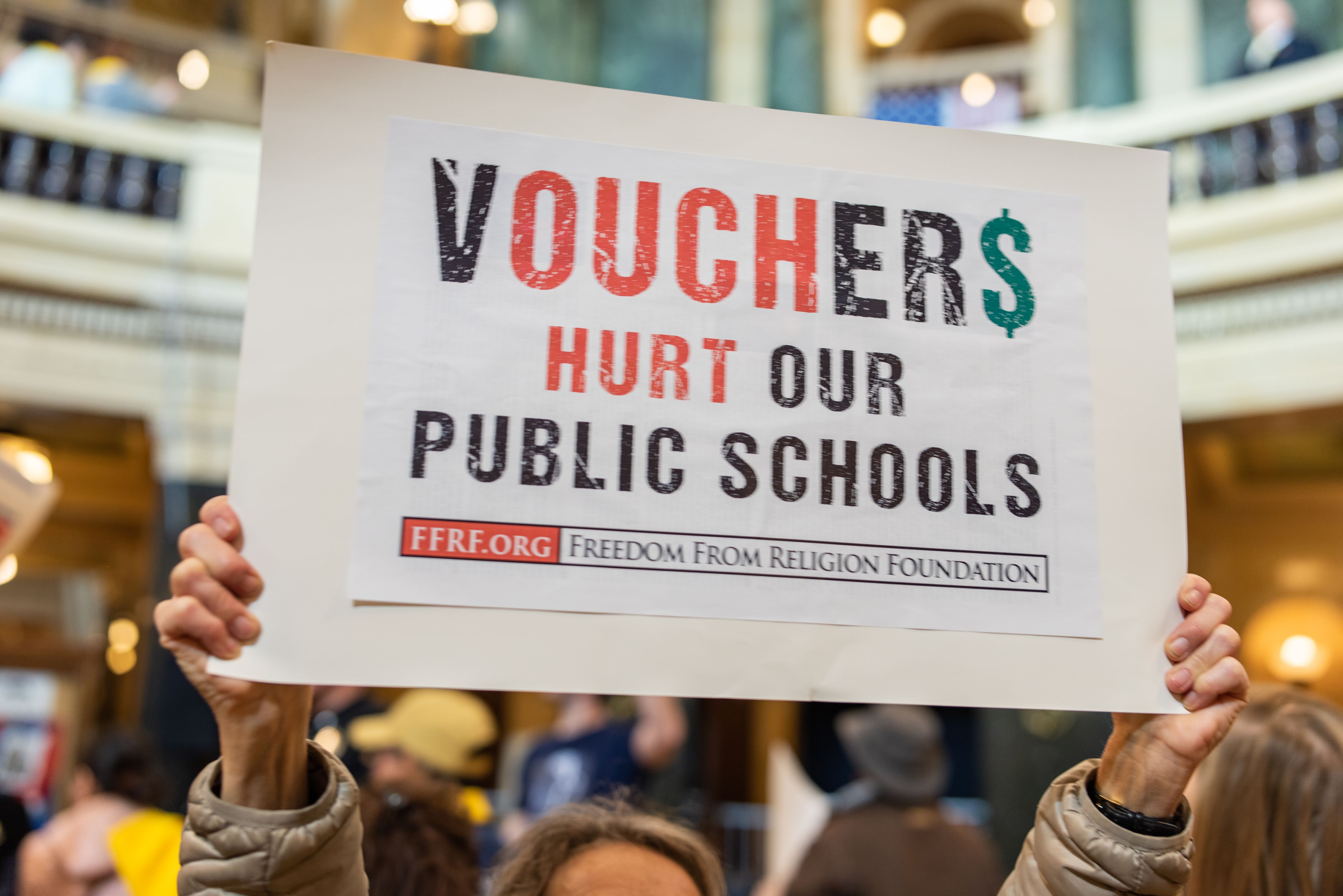 The Freedom From Religion Foundation finds the anti-LGBTQ policy recently announced by a religious school in the Sunshine State detestable.

“A Florida religious school says it will only refer to students by their sex assigned at birth, while gay, transgender, or gender-nonconforming students ‘will be asked to leave school immediately,’ NBC News reports.

“The correspondence of June 6 to parents [from Grace Christian School] quoted from the scriptures and says students will be referred to by ‘gender on their birth certificates’ during the school year beginning this month,” the story adds. “‘We believe that God created mankind in his own image: male (man) and female (woman), sexually different but with equal dignity,’ the email read.

Already, the parents of a 16-year-old LGBTQ student at the school have decided to withdraw her due to the sectarian statement.

Policies like this are common in private religious schools (a Christian school in Louisiana recently asked a same-sex married couple to withdraw their kindergarten), even though they would be illegal in public schools. However, the distinction between private and public is much less clear-cut than many think. Grace Christian School has received over a quarter of a million dollars in PPP funding from the federal government, and discriminatory private schools receive taxpayer funding across the country through various state and federal programs — despite their sometimes brazen bigotry . Just two weeks ago, the Biden administration unfortunately made it easier for religious schools to discriminate against LGBTQ people while remaining eligible for federal money for student meal programs.

And the Supreme Court of the United States has further confused the issue. He ruled in his recent decision Carson v. Makin that if states choose to fund private schools, they must include religious schools. By acting contrary to the country’s fundamental constitutional principles, the Court essentially ensured that secular taxpayers will be forced to fund private religious schools (like Florida’s) with odious policies.

“The line between public and private has become increasingly blurred lately,” says FFRF co-chair Annie Laurie Gaylor. “Religious schools that exhibit despicable behavior are often not only a moral concern, but also an undue financial burden on well-meaning taxpayers.”

The Freedom From Religion Foundation is a national nonprofit organization with more than 37,000 members and multiple chapters across the country, including more than 1,800 members and the Central Florida Free Thought Community chapter in Florida. Its purposes are to protect the constitutional principle of separation between state and church and to educate the public on matters relating to non-theism.