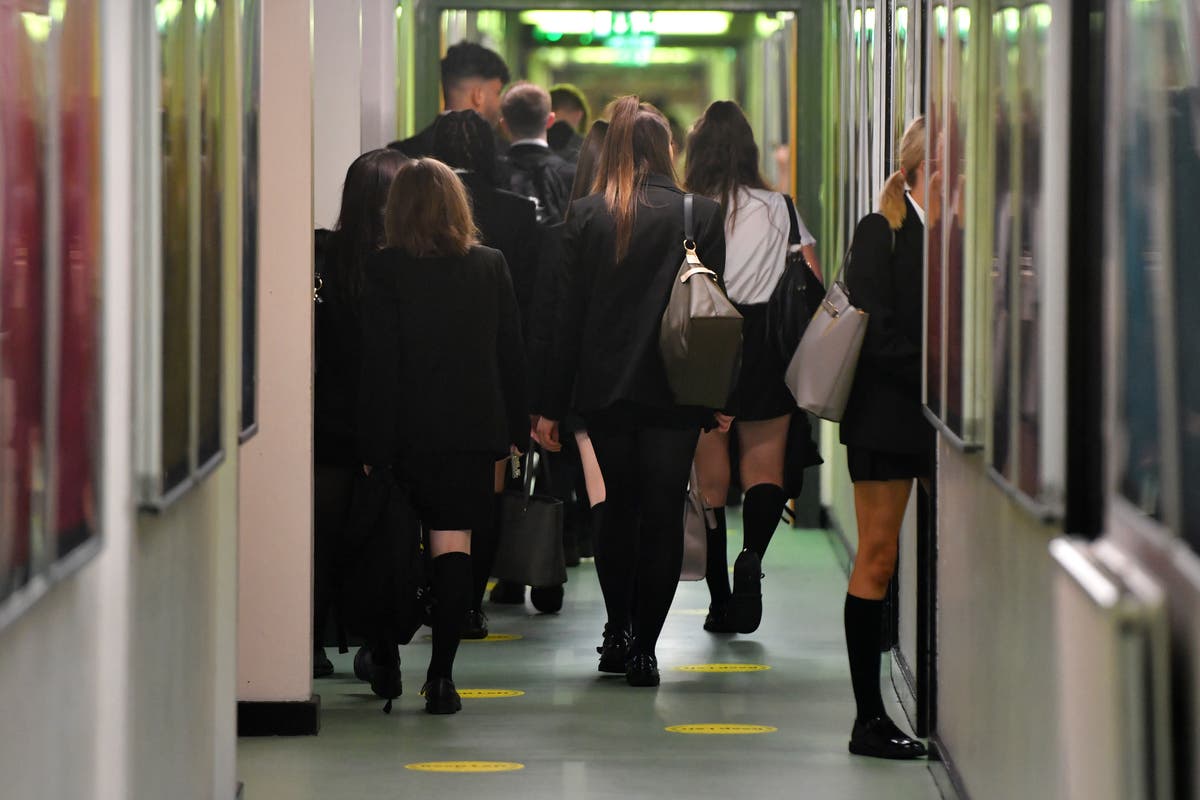 I came out of American public school knowing next to nothing. That’s why I fled to Europe

The first time I was threatened with detention was in a damp, portable classroom trailer in West Palm Beach, Florida. The principal stood majestically in front of the whiteboard with a policeman on either side of her. As she addressed the class, she paced slowly and barked, “That’s your last straw. More games. If we see any more fights on school grounds, we’re blaming the law and you’ll be expelled! I was a black kid in a predominantly white school in an affluent zip code, but there had been a surge in scuffles in the playgrounds, which were most likely catalyzed by the thick Florida air.

I had never been in a fight. I was a nine-year-old pacifist being stared at by a cop with both hands on his holster. I spent the first fifteen minutes of class learning what it meant to be guilty by association, and it made my blood boil. Playground fights between kids too young for college seemed like a bizarre reason to call the police.

After the principal left the class with the armed officers, I passed the rest of the class disengaged from the lessons in front of me. I dreamed of what it would be like to turn eighteen and be “free” and allowed to learn in peace. I wasn’t interested in Lewis and Clarke or memorizing equations or any of the other benign topics that cluttered the curriculum; I wanted to learn to explore. And, as a black child, I knew it was going to be more difficult for me than my white counterparts in the United States – just as the presence of a police officer with a gun in the classroom was more frightening for me because of the color of my skin. .

My parents, like many others, were distracted by their work and marital problems while I was growing up. They immigrated to the United States from Jamaica and did not believe in divorce. They moved frequently, which meant that I had to change school districts myself, so my grades and interest in education declined. It all started in Poughkeepsie, New York; then, we quickly moved to three different districts in Florida. A few years later, I returned permanently to the Poughkeepsie City School District.

Poughkeepsie had a chronically underfunded school system. In truth, the city never fully recovered from the deindustrialization of the 1950s, the arrival of IBM in 1942, or several generations of neglect by school administrators. I found it difficult to learn in high school there because I didn’t have a stable environment. Fights were constantly breaking out in the hallways and our buildings were contaminated with asbestos. My family life was unstable and my parents argued a lot. If you either have a great school and an unstable home life, or a bad school and a supportive home environment, you have a chance. What I got was a toxic suit. It is clear from the attitude of the teachers at my school that they see us all as problematic time bombs to be contained in flawed teenage day care centers as a method of controlling societal damage.

I sought to transfer to Arlington Central School District, a neighboring district with better-funded schools, in hopes of something better. The school was nearby and it seemed to suit better. I called the Arlington school myself, hoping they could accept me, and was told the district lines stop in front of my house. This meant that I had to pay tuition fees if I wanted to register. As soon as I learned that, I knew the dream was dead; I didn’t even bother to ask my parents about finances. I knew they were struggling.

I returned to my high school in Poughkeepsie with dashed hopes and low morale. But my luck changed in ninth grade, when I was accepted into a college-prep program called Exploring College, run by Vassar College. This program aimed to empower and mentor high school students from disadvantaged backgrounds while providing them with essential life skills in a nurturing environment. The Exploring College program fulfilled the role my public school was meant to play. They helped me develop my interpersonal skills, dramatically improved my writing, and most importantly gave me confidence.

Switching between high school and Vassar College opened my eyes to the exclusive nature of social mobility and therapy. When I was poor and disadvantaged, like many of my peers, I was invited to an elite institution and exposed to some of the best teachings in the country. The difference was stark – and it felt unfair to me, even though I was benefiting from it.

At one point in high school, one of my teachers stabbed another teacher in the neck with a screwdriver during class time. For the rest of the semester, that was all the student body would talk about. Most of them dealt with the tragedy with humor, while some ended up becoming more violent in reaction. For my part, I have had the privilege of working on this trauma with college students who aspired to work in education and with young people. We were expected to return to school without any therapeutic intervention from our school, but the extracurricular programming offered by Vassar College helped me pull through.

I graduated from high school and applied for community college, where I was accepted. But when I arrived, I was shocked to realize that I didn’t have the practical knowledge needed to succeed in college or in the world. I signed up to take part in Model United Nations, an advanced course simulating the chambers of the UN, but as soon as I arrived it was obvious that I was lagging behind my well-to-do and well-educated compatriots. The class was tasked with writing policies to solve specific problems, and I struggled to imagine viable solutions. I couldn’t put Saudi Arabia, Nigeria or Pakistan on a map. I quickly realized that I would not only have to learn the college courses, but that I would have to learn everything I had missed in order to catch up with my more privileged peers and compete with them on an equal footing.

I knew it was time to venture out into the world and start my journey of self-education, but globetrotting is an expensive hobby. During the Model United Nations course, I made a friend who told me about becoming an au pair. I thought I could start traveling the world profitably if I had such a job, so I contacted a host family in Lidingö, Stockholm, did the interviews and booked a flight.

The first thing I noticed when I arrived was that the family was the complete opposite of mine. Both children attended a well-funded state school and the parents – while both holding prestigious positions running their Stockholm law firm – still found enough time to spend with them. The children were bright, athletic and ambitious. What they lacked, however, was cultural competence.

One chilly evening, I attempted to connect with the kids around the dinner table by asking them questions about their musical tastes. “What kind of music do you like?” I asked the girl. She finished chewing her fruit and yogurt and said, “Hmm…well, I like Post Malone….” Then she looked at her mother before refuting her statement: “I actually don’t like Post Malone because Post Malone smokes weed, and that makes him a bad person.”

The mother did not correct the daughter’s assumption; in fact, she seemed satisfied with his answer. Many Swedes value cultural and ethnic homogeneity, and drugs like marijuana are taboo. Although their public schools do a great job teaching them practical skills, they fail to help them question their own assumptions. Nobody seems to ask them questions they really should, questions like: what is cultural piety, and how does it affect marginalized groups? Does drug use make you a bad or lazy person? Why do people use drugs? And what’s wrong with being “lazy” in the first place?

Despite the flaws of my school in Poughkeepsie, its students understood these concepts well. I realized when I was told about the district line preventing me from going to school in Arlington that these lines were designed to segregate populations in order to preserve the “cultural and economic fabric” of the areas richer. No one taught me this directly, but my experience was a valuable education about my position in the world.

Racism in Sweden, and more broadly in Europe, is the same as racism in the United States, but it manifests itself differently. People are often profiled based on the color of their skin; However, how people treat you ultimately depends on your social status and level of education. Europeans like to say that their continent is “not as racist” as the United States, but I’m not so sure. For example, being resolutely “anti-marijuana” is a very racialized prejudice, and while the daughter may not understand it, the mother surely does. Whether intentional or not, the girl will grow up with a latent fondness for “weed smokers”, which will inevitably lead to more social stratification.

During my two months in Lidingö, I can confidently say that I learned more about the world and about myself than in 18 years of American public school. Despite the cultural flaws I found, I prefer European society because of the emphasis on social programs and infrastructure. I found it easier to live a decent life, eat well, and meet people from all over the world while in Europe. Although the country I was in – and the continent – ​​clearly suffered from similar problems to those in the United States, many of these problems were mitigated by a strong social safety net and infrastructure that made sense.

Also, if I have children, I would be confident to integrate them into the public school system in a place like Sweden. While there is also corruption and neglect in European school systems, just as there can be in America, the mechanisms to address it are infinitely more effective than in the United States. That’s why I see my future outside the country where I was born.