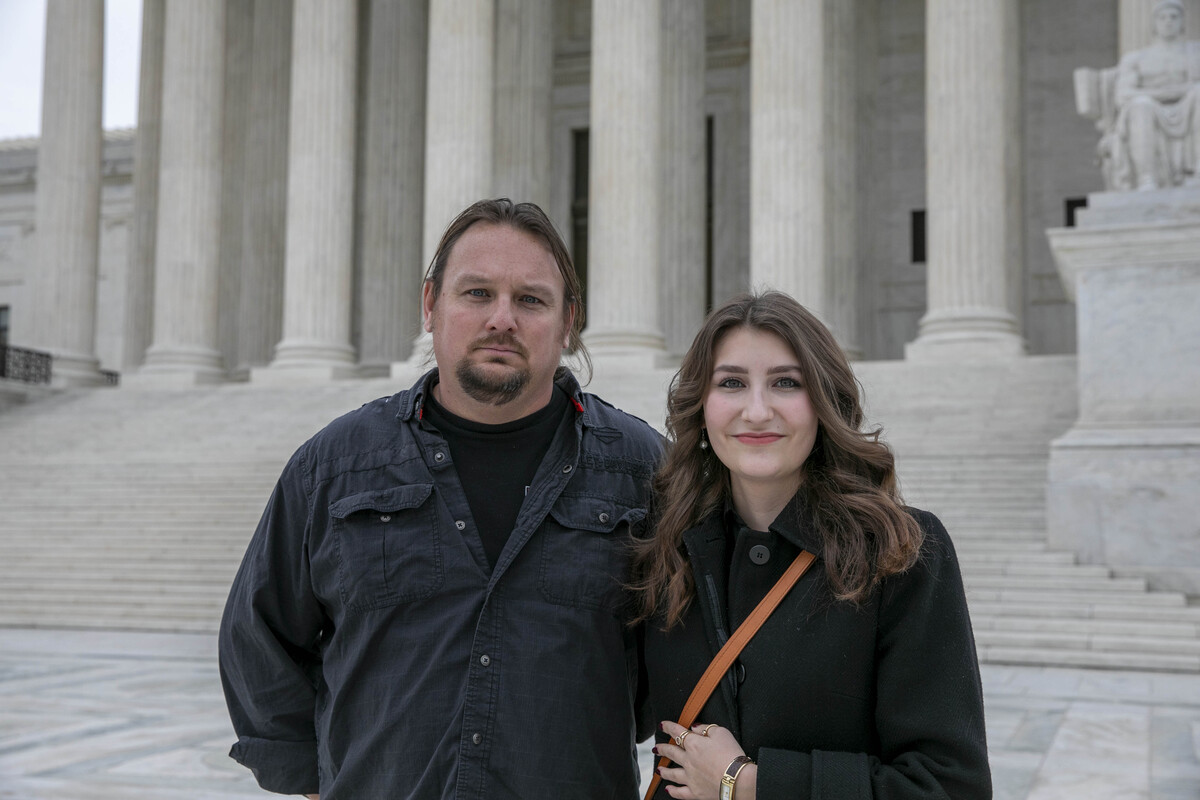 The U.S. Supreme Court appears set to overturn Maine’s ban on public funding of religious schools later this spring. But the money won’t start flowing to Catholic and evangelical schools without changes to other state laws that religious school advocates are now considering.

Those changes could come if Republicans win legislative majorities and the governor’s office this fall, but they’re more likely to come from further legal action in Maine and out of state, according to Carroll Conley, executive director of the Christian Civic League of Maine.

The league sponsored a meeting earlier this week to discuss next steps in removing barriers to public funding for religious schools in Maine.

The group’s preparations signal religious conservatives’ optimism that a Supreme Court with a 6-3 conservative majority will rule in favor of religious schools when it decides the Maine case. They also signal the potential for political battles over state anti-discrimination laws as religious school advocates try to facilitate the flow of public funds to religious schools.

“We didn’t want to wait until June, when the decision is expected, to start talking about what the next steps might be,” said Conley, former director of Bangor Christian Schools. “We want educational opportunities to be accessible to everyone, regardless of their financial situation.”

As religious conservatives brace for the ruling, the state Department of Education will not offer guidance on what religious schools should do to receive public funds until the court announces its decision, according to a department spokesperson.

The case, Carson v. Makin, is challenging a state law under which districts without public high schools pay tuition so local students can attend a public or private school of their choice in another community, as long as it is not not from a religious school. At issue is whether Maine prohibits funds from going to religious schools because they would use the money for religious purposes or simply because they are affiliated with a religion.

A Supreme Court decision that strikes down Maine’s ban that has since been in effect would not directly apply to many students here without changes to other laws.

This is due to the small number of students attending private schools with public tuition funds – about 4,500 students, or 2.5% of the public school population, in the 2017-18 school year. But it’s also because an amendment to Maine’s human rights law that went into effect last fall prohibits religious schools that accept public funds from discriminating against LGBTQ students and employees.

The families suing the state sought public tuition so their children could attend Christian Schools in Bangor and Temple Academy in Waterville.

These schools said in depositions submitted to the Supreme Court that they would not accept money for tuition if it meant they would have to comply with the anti-LGBTQ discrimination provision.

The Roman Catholic Diocese of Portland has not said whether it will accept public funds for its schools. Historically, the diocese has opposed protections for LGBTQ residents and same-sex marriage.

While removing this provision from state law is a possibility for religious school advocates, removing protections for LGBTQ Mainers from Maine’s human rights law would be an uphill battle in a State where such protections have been in place for so long and have broad electoral support.

Another possibility for allowing public funds for religious schools, Conley said, is to enforce a federal judge’s decision in a Maryland case in Maine.

But a recent ruling by a federal judge in Baltimore found that in 2018 the state unlawfully eliminated Bethel Christian Academy from the program based not on its admissions policy, but on statements in its admissions manual. ‘student. The textbook states that the school’s beliefs are that marriage can only be between a man and a woman and that God assigns a sex to a child at birth.

Eliminating the school from the voucher program based on these statements violated the academy’s 1st Amendment right to free speech, the Maryland judge ruled in December. Maryland could appeal the case to the 4th United States Circuit Court of Appeals in Richmond, Va., and the case could eventually end up in the Supreme Court.

Conley said he and others hoped the ruling could be enforced in Maine if upheld.

Another case that the Christian Civic League and religious legal groups are monitoring is making its way through Michigan courts.

In this case, five families are challenging Michigan’s decision to prevent them from using college savings plans for religious school tuition. The plans allow individuals to invest after-tax income in accounts where the money grows tax-free and can be used for educational expenses, including college and K- 12.

Michigan says allowing money to flow to religious schools violates its Blaine Amendment, which 37 states have in their constitutions banning public funds for religious schools. The Michigan case directly targets the amendment, unlike the Maine case.

Maine remains one of 13 states without such an amendment, but a broad ruling in the Michigan case that overturns Blaine’s amendments could apply to Maine, according to Conley.

“We assume there will be legal resistance to this effort in Maine and less conservative states,” he said.