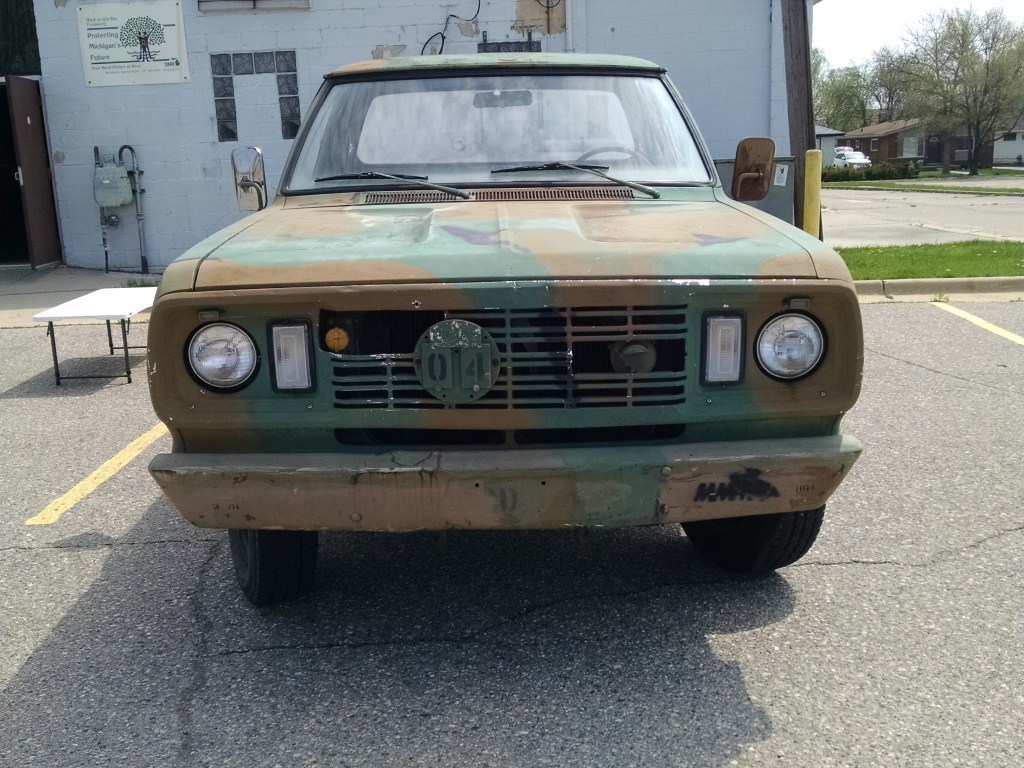 The Michigan Military Technical & Historical Society in Eastpointe will partner with Drive One Detroit Technical Center in Roseville to restore a Dodge M880 truck used by the U.S. military from 1976 through 1983.

The truck, which was built at Chrysler’s Warren Truck Assembly Plant, was donated to MIMTHS in 2018 by the Michigan Museum of Military Transport.

“It works and it drives, but it just needs a lot of love,” MIMTHS President Chris Causley said.

Restoration is expected to begin in September when the new semester begins at Drive One. This project will be a little different from the muscle cars and hot rods that students typically work on.

“While the M880 truck restoration project is different from the muscle cars, hot rods and race cars we typically service, build and restore at Drive One, the fundamental skills students will learn in completing this project are the same,” Drive One said. Program Director Paul Tregembo Jr.

Before students begin the restoration, they will tour the museum to understand Detroit’s importance to military vehicles and to see how the Dodge M880 fits into the timeline and evolution of military vehicles.

“The tour will give them a sense of the history of technology and how Metro Detroit and Michigan played a major role in military technology and general technology,” Causley said.

Tregembo believes visiting the museum will help students appreciate the perspective of the soldiers who drove the Dodge M880.

“Drive One students will enjoy a private tour of the MIMTHS Museum before beginning the M880 project, to develop perspective and understanding of the commitment, sacrifice and service of past generations,” Tregembo said. “When the M880 project is complete, students will be able to show their parents, and perhaps one day their children and grandchildren, the M880 they worked on, captured forever in time displayed on the museum floor. .”

The Dodge M880 was the first commercial utility cargo vehicle used by the military. It was essentially a slightly modified version of the 1976 Dodge pickup trucks that rolled off the assembly line to be purchased by civilians in dealership showrooms.

Causley admits that the M880 isn’t the easiest vehicle to drive and doesn’t offer the most comfortable ride. There is no power steering, four-wheel drive cannot be disengaged, and has wooden “troop seats” and tactical lighting.

“It’s a bit of a bear to drive, but that’s part of its charm,” Causley said.

In 1983, the M880 was replaced by Chevrolet’s version of the commercial utility vehicle with selectable four-wheel drive.

Once the M880 is fully restored, Causley expects it to be used in local parades and car shows as well as various veteran events. With the help of Moran Chevrolet in Clinton Township, Causley restored a circa 1987 Chevrolet M1028 and the museum also has a 1952 Dodge M37 that frequently appears at local events.

“We’ve used the Chevy in the St. Clair Shores Memorial Day Parade, the Fishfly Festival in New Baltimore, and many other events,” Causley said. “The St. Clair Shores Parade usually has 82nd Airborne veterans and some of them are too old to take part in the whole parade, so we use our trucks to transport them.”

The museum is accepting donations to help fund the restoration of M880, which is expected to cost between $15,000 and $20,000. Donations of cash, shop supplies, or parts for the project are all needed. Contact [email protected] for the list of parts needed for the truck or visit the MIMTHS website at MIMTHS.org.