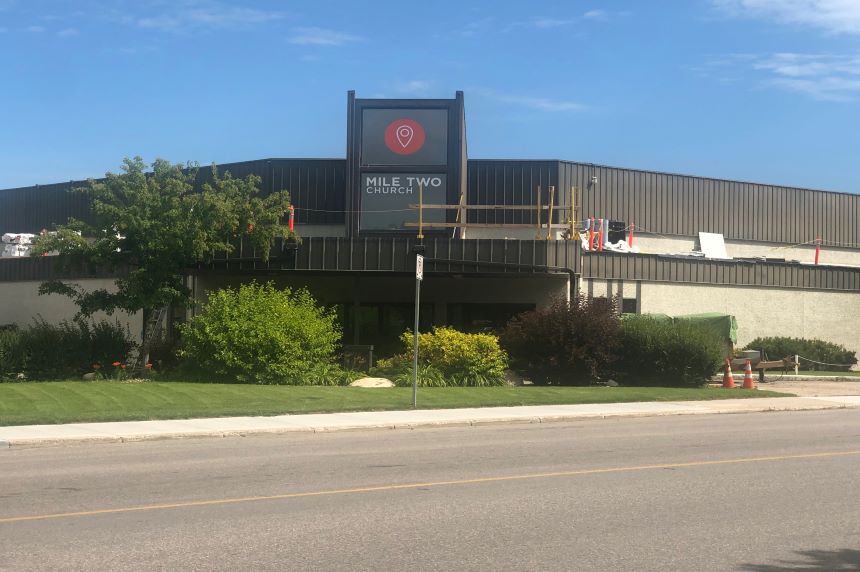 A mother-of-four who joined the lawsuit against Mile Two Church Inc. and a number of its former employees and affiliates says she suffered abuse at the church and school she ran, which led to her running away and ending up living on the streets.

Although Corlene Robinson ran away from her home – and the school and church she was forced to attend – she said she found healing when she returned with her children to give him a second chance. Robinson said one of her sons was severely bullied at a public school in Saskatoon, prompting her to look into private school options.

His sons attended Legacy Christian School after 2018 for one year.

She remembered the current pastor, Brien Johnson, from his time with the church, when it was called Christian Center Church. Brien, the son of former church pastor and former Christian Center Academy principal Keith Johnson, is not named in the lawsuit, unlike his father.

“Brien was the only one who was nice to me when I was a kid,” she shared, recalling that he used to sneak National Enquirer magazines into the service.

“We kind of ducked out and read them, because it was forbidden reading material,” Robinson said.

With the school and church now renamed, with Brien at the helm, Robinson said she was curious to see if anything had changed.

“I went back and it was very cathartic for me,” she said.

She said she listened to his podcasts and found them comforting during the pandemic, as they gave her a sense of community and faith.

“I sent my kids to school there, and they did very well,” Robinson said. “I think it’s a safe place today.”

But while she thinks school is now a safe place for students, Robinson said that was not the case in the 80s, 90s and early 2000s. were far from it, she said.

“For a very long time, as a kid, I wanted to burn this place down,” Robinson said.

While her newly divorced mother cared for her family on her own, Robinson said they moved to Saskatoon and started attending Mile Two Church – Christian Center Church at the time – in 1992.

“She did her best,” Robinson said, calling her mother a “proud” woman.

” She tried. She thought she was doing what God wanted her to do and raising her children the best she could. She really thought it was the best thing for us,” she said.

Robinson said she recalled feeling intimidated and unwelcome when she first walked into the school building when she was seven years old.

Being a child who questioned a lot of things and was “very rebellious”, Robinson said she used to walk away from her classes and sit outside the doors where classes on marriage and parenting were taught in church.

“I now know the words for what was going on, and it was real brainwashing,” she said.

Robinson said she saw her mother change after moving to Saskatoon. The introduction of corporal punishment, encouraged by their church and school, was a novelty.

“We were paddled home. We were paddled in school… nobody would hesitate to drop a paddle in church too,” Robinson recalled, calling it a “holy experience.”

Their family’s entire existence began to revolve around the church, she said, with services held several times a week in addition to school.

“Church, school, your whole life, it was one thing,” she said.

The church also preached against association with those who did not attend church, “because they were not serving God,” Robinson said.

“It was a lot of manipulation and coercion, control and brainwashing,” she said.

In addition to the constant corporal punishment, administered by means of a wooden paddle, Robinson said she remembered being tormented by peers and superiors at church and school, called names like “spawn of Satan”, “evil” and “a worthless whore”. She called her experiences “damaging.”

Robinson said Keith Johnson reminded her of the evangelical preachers who were on television when she was a child. She called him a “very compelling” speaker, but said he was “twisted”.

Robinson referred to a manual Johnson wrote on mandatory corporal punishment for the church and other requirements the church places on its congregants.

“My mother always struggled to make ends meet, but she always had to put a tithe in the basket when it was distributed,” Robinson said.

Because her mother was single, Robinson said the church said she needed a husband, and it had to be someone from the church. So her mother started a marriage that Robinson described as miserable.

“But it solved their problem of having a divorced single mother in the congregation,” she said wryly.

Robinson said she knew her mother was still deeply guilty for what happened to her children at Christian Center Academy.

Robinson said she ran away from home when she was 11 because she said she couldn’t take anything more from church, school or their teachings. On the day she left, she said she had been kicked 30 times with a wooden paddle for forgetting to wash a frying pan.

“I ended up doing drugs, living on the streets, working the streets, even, from the age of 12,” Robinson said.

She finally returned home at 14, she says, pregnant with her eldest son.

Robinson said returning home was what ultimately helped her mother find the courage to stand up to the church. When Robinson returned home, she said her mother had been ordered to throw her out by church officials.

The impact of the church and its leaders left a permanent mark on their lives, Robinson said.

“What would have been my life trajectory if I had not experienced this?” she wondered.

Even now, Robinson said there’s more to the church that she hasn’t shared publicly. She said she wants the full truth to finally come to light thanks to the Saskatoon Police Department’s investigation.

Robinson said she knew her mother was still struggling with what her family was subjected to during her time at the Christian Center church and academy. She said her mother is still very religious which sometimes hinders their relationship.

“Everything revolves around God. We can’t really go to her for normal mothering advice because her priority is to pray about it and talk to God,” Robinson said.

Robinson said she wishes everyone could find healing after the alleged abuse so many claimed to have endured in church and school.

She said she decided to join the class action, seeking damages from Mile Two Church Inc. and nearly two dozen people connected to the church and school.

“What happened, happened,” Robinson said. “This settlement could change my life, the life of my children.”

But despite joining the lawsuit, the mother-of-four said she did not want to see the school closed.

“I made peace with the past a long time ago. I faced people who scared me and saw that there was change,” she said.

Instead, Robinson said he hopes those responsible for the alleged abuses in the church and school are held accountable.