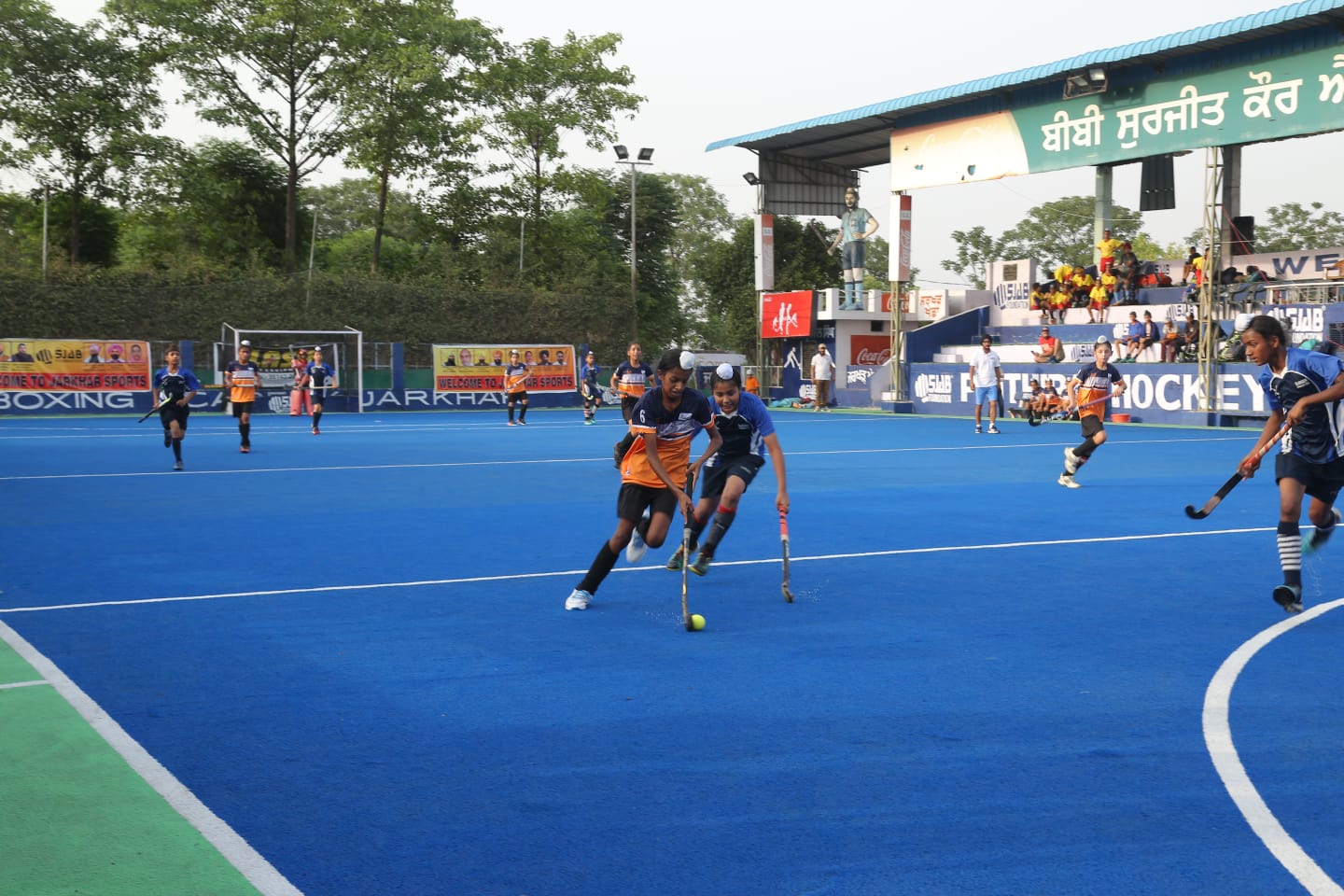 Similarly, in the senior section, in matches played on AstroTurf under the spotlight, Sahnewal’s Kila Raipur and Batch Mate Club emerged victorious in their respective quarter-finals to secure places in the final four stages.

In the sub-junior category, NSPS, Rampur Chhanna edged Jatana Hockey Center 5-4 in a tiebreaker as the game was tied 2-2 during the regular period while Chachrari Hockey Center defeated Eknoor Academy 4-0.

In the senior section, in the first quarter-final, Kila Raipur survived a scare against Jatana Hockey Club before securing the 9-8 victory. Navtej Singh, Sarbjot Singh and Sukhwant Singh were the main architects of Kila Raipur’s victory, scoring three goals each.

The second quarter-final was played between Batch Mate Club, Sahnewal and Rampur Hockey Center in which the alumni emerged 6-2 winners. Rajvir Singh and Manpreet Singh each scored a hat-trick to lead their team to the semi-finals.

In the senior section, Jarkhar Hockey Academy and Chachrari Hockey Center are the other two teams that qualified for the semi-finals.

Jagroop Singh Jarkhar, chief organizer, said the semi-finals will be played on May 28 and the two finals are scheduled for Sunday.