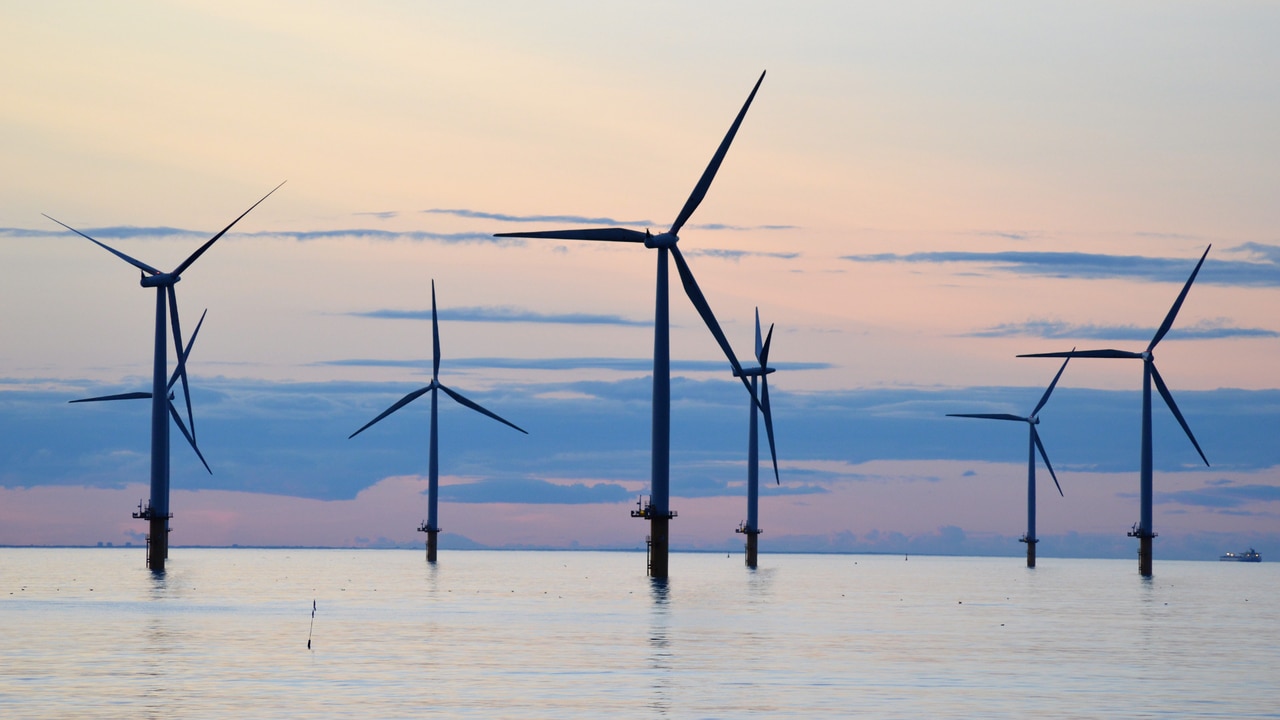 Rowan University on Monday received federal funding of $500,000 to spend on educational programs for jobs in the state’s offshore wind industry.

U.S. Representative Donald Norcross, D-Camden, was on hand for an afternoon ceremony at one of the Rowan School of Engineering’s main buildings to present a ceremonial check and talk about what it means for the state.

“It’s about creating the next generation of workers for the offshore wind industry,” Norcross said after the ceremony. “New Jersey will have the largest offshore wind turbine manufacturing plant in the country. What does this mean for our constituents? Jobs, clean energy, affordable energy.

Governor Phil Murphy has pledged to bring 7,500 megawatts of offshore wind online by 2035. It’s a key part of his energy master plan, which calls for the state to get 50% of its electricity from renewables by 2030 and 100% by 2050. The effort is intended to wean the state off fossil fuels and reduce New Jersey’s contributions to climate change.

The state-approved Ocean Wind 1 project will erect 97 massive 900-foot wind turbines 15 miles offshore from Ocean City. It is the first of three wind farms approved by the state, which will lead the country in offshore wind development when it becomes operational in 2024, as it will be the largest such project in the country.

Rowan’s plan is to create a course program ranging from one week to four years for jobs at all levels of maintenance and safety of the huge turbines, some of which are to be assembled on an artificial island being built by the State at Lower Alloways Creek, Salem County.

“The funding is very important to Rowan because it will allow us to partner with the county college to train the workforce this economy needs,” Ali Houshmand, president of Rowan University, said Monday. “For us to be able to train them, we have to attract these children, give them a scholarship, buy the machines, pay for the education. It’s a good start, and I look forward to more of that kind of money. It’s not just what this region needs, it’s what the country needs.

About three dozen people attended the ceremony, including a few curious engineering students from Rowan University.

“I’m here because I want to learn more about renewable energy, and I want to learn how to make these systems smaller and more affordable so people can use them in their homes,” said Byron Sterling, a junior engineering student. Electric from New field. “I feel like we can do a lot more with smaller chunks than with bigger chunks, and I think the combination of the two is going to help us get rid of fossil fuels.”

Rowan officials said the goal is to provide applicants with up to 400 jobs that will be needed for the Ocean Wind 1 project. Another 400 or more jobs will be generated by the Ocean Wind 2 project which will be located south of the site. of Ocean City and will be of similar size.

“We partnered with the university, as well as the GCIT (Gloucester County Institute of Technology) high school curriculum, to provide the educational path that would go into the wind industry,” said Fred Keating, president from Rowan College of South Jersey, a junior college associated with the university. “Rowan College in South Jersey was lucky enough to get the only economic development award to train turbine technicians.

“So what you’re going to see is the trades school trying to come with us to bring together the painters, the welders, and the manufacturing side of the trades training. We turn it into a technician-level associate degree and then tie those technicians to the Rowan School of Engineering.

Keating said he expects to be able to offer the program as early as this fall.

Please Subscribe now and support the local journalism you rely on and trust.

Bill Duhart can be reached at [email protected].

Taylor Ramos is running for Missoula County Public School Board