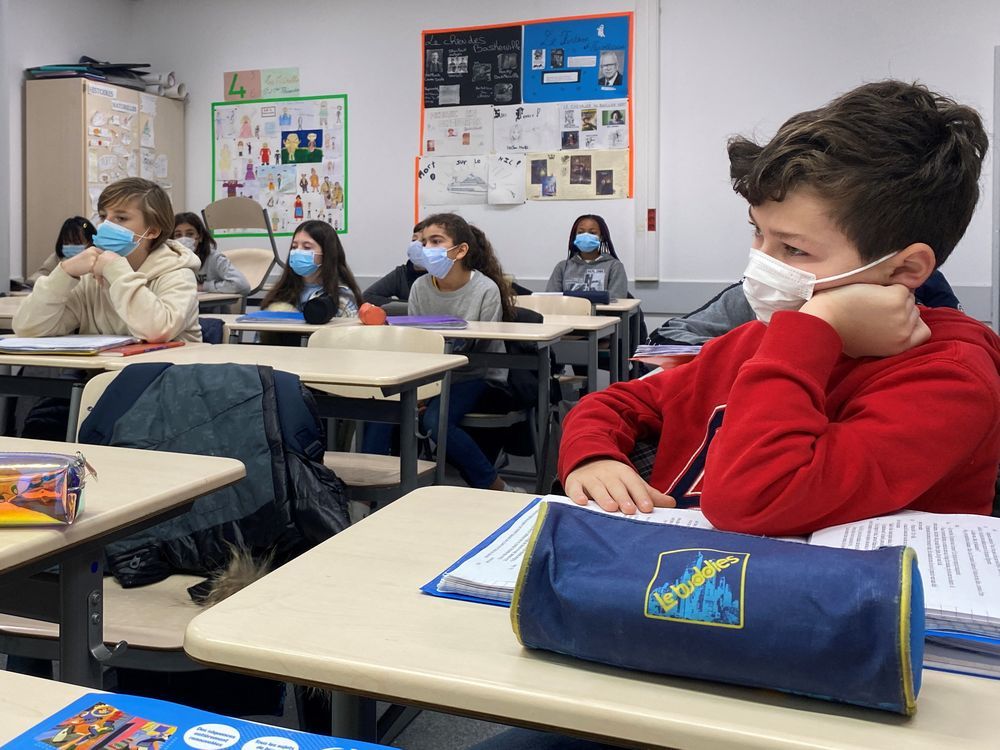 Ottawa’s French-language public school board has added its voice to those calling on the province to delay lifting mandatory masking and other measures until March 21, when students and staff return from March break.

A delay would protect students, staff and families by mitigating the increased transmission of the virus expected when people travel and congregate during spring break, says the letter from Jacinthe Marcil, president of the Conseil des écoles publiques de l’Est de Ontario, to Education Minister Stephen Lecce.

Ottawa’s largest school board was scheduled to hold an emergency meeting Monday night to discuss the same issues.

Councilor Justine Bell plans to move a motion asking students and staff of the Ottawa-Carleton District School Board to continue wearing masks until April 15.

Bell notes that a coalition of children’s hospitals and health agencies recommended keeping masking in place for two weeks after March break.

The Hamilton-Wentworth School Board voted last week to defy the province and keep the masking on until April 15, while Toronto’s public and Catholic boards asked the province to wait.

But Premiers Doug Ford and Lecce show little sign of backing down, saying they are following the advice of Ontario’s Chief Medical Officer of Health, Dr Kieran Moore.

Moore stressed that students and staff can still wear masks if they wish. Other protections remain in place, such as improved ventilation, free rapid COVID-19 tests and asking students and staff to test themselves for symptoms before coming to school, he said. declared.

The province has phased out pandemic restrictions as key indicators such as the number of people hospitalized with COVID-19 have fallen from their peak in mid-January.

The decision on masking came sooner than Moore initially indicated.

In mid-February, Moore said he would wait a few weeks after reopenings on March 1 to assess the data.

“If you’ll bear with us, we’ll be tracking the data, tracking the evidence, and predicting that we’ll look at masking in public the second to third week of March and make a decision for all public spaces, including schools. “, he said on February 17.

Moore announced on March 9 that a decision had been made and that mask mandates would be lifted on March 21 in most indoor public places.

Lecce pointed out that Ontario has been more cautious than most other provinces, which have already lifted mask mandates or plan to do so before Ontario.

Ford said last week that people were exhausted from pandemic restrictions. “Those poor kids in the classrooms too. We have to move forward.

Rates of COVID-19 in Ontario remain high, and while for most people the disease is little more than a nuisance, the highly transmissible variant of Omicron will cause severe illness in others, including those who are unvaccinated, older, whose immunity or risk factors are declining, Morris wrote in his widely read blog post on March 11.

“However, I think masking indoors – where and when possible – is the cheapest, safest, most responsible and neighbor-friendly thing for everyone to do.

“If I were running a school…and wanted to make sure my students and staff stayed as healthy as possible for the next couple of months, I would emphasize inner masking as much as possible. After all, COVID hasn’t suddenly become non-communicable now that the government has removed mask mandates, and you’ve come this far, have you? »

University of Ottawa law professor Amir Attaran jumped into the debate, posting on social media that school boards are not legally required to drop mask requirements, and told them. accused of simply being afraid to offend Ford. “They don’t even have 1% of the courage of an average Ukrainian,” he posted.

Lecce and others are spreading a lot of misinformation, so let me demystify: it’s possible a school board is ignoring public health in Ontario and demanding masks. They are not legally required to drop off masks.

Earlier in the pandemic, the Ottawa-Carleton council and a few others imposed stricter masking rules than those required by the province – for example, requiring kindergarten students to wear masks.

Trustee Donna Blackburn said the council had no choice but to follow the province’s guidelines to drop mandatory masking.

“I don’t think the board should be debating an illegal motion under any circumstances.

Blackburn said there was also no reason to write to the Minister for Education. “The province is adamant. Does anyone really think they’re going to back down from a letter?

Sign up to receive daily news from Ottawa Citizen, a division of Postmedia Network Inc.

The next issue of Ottawa Citizen Headline News will soon be in your inbox.

Nico de Boinville: “I used to sleep at public school to watch the races” | Cheltenham Day