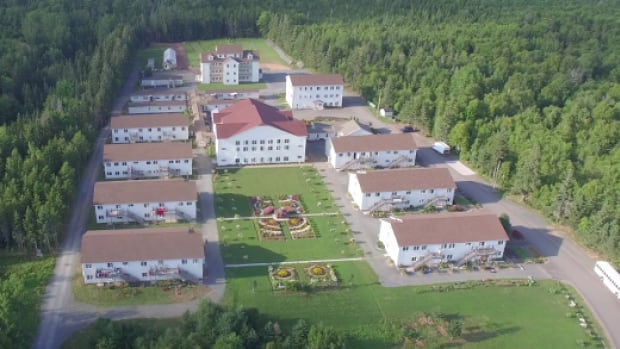 The PEI Green Party voiced concerns in the legislature on Wednesday over what party leader Peter Bevan-Baker called the lack of government oversight of private residential schools in the province.

In particular, the party singled out a private religious school, Moonlight International Academy, asking how the province is able to deal with issues such as the language barrier with students in order to ensure the protection of their rights.

“I have to be clear that we have no particular problem with anything that may or may not have happened there,” Bevan-Baker told reporters after question period. “But what we have is a concern [over] the potential lack of supervision for our most vulnerable population, our children.

“They are far from home in a different continent and a place where no one speaks their language outside the confines of their small community.”

As the province’s Education Minister Brad Trivers has stated to the legislature, Moonlight International Academy has been accredited as a private boarding school in the province since 2014.

He is associated with the Great Enlightenment Buddhist Institute Society, a group that annually attracts hundreds of monks from around the world to Prince Edward Island for training. According to the group’s website, most of the monks are from Taiwan.

The group has three campuses in PEI. Although most of the students are adults, he said there are currently 185 children enrolled in studies between Grades 7 and 12.

“I’m not making any accusations or assertions here, I’m just saying I want to know that these children are fully protected as they should be under the United Nations Convention on the Rights of the Child,” Bevan said. Baker. “And I’m just not totally convinced that’s the case, so we’re just asking the government what you’re doing.”

Trivers told the legislature that, like all private schools in Prince Edward Island, the Moonlight International Academy is inspected annually.

Trivers later said the school passed all of its annual inspections.

Students enrolled by their families, not “taken”

After being contacted by CBC, Moonlight International Academy provided a statement saying the children at the school “receive the highest standard of care, are safe and protected.”

In the statement, the organization said it was “disappointed” with questions from the legislature “which suggest that children have been” taken “from families; instead, they have been registered by their families.”

The statement also invited members of the official opposition “to visit us and we would welcome the opportunity to address their concerns.”

Geoffrey Yang, spokesperson for the school, explained how students maintain regular contact with their parents through the Internet, phone and video conference.

He said the students don’t go home in the summer, but their families come to Prince Edward Island to stay nearby and spend time with their children.

Yang said the school’s curriculum is a blend of “ancient wisdom” from the East with an emphasis on contemporary analytical skills, language arts, and sports.

He said all program materials have been documented by the Prince Edward Island Department of Education and that Island educators have visited the school “to see the education program. firsthand “.

He said that in addition to the annual inspections by the Ministry of Education, the school is also in regular contact with child welfare services and the health system – mainly by taking students to walk-in clinics. yourself or the emergency department, if necessary.

But Bevan-Baker expressed frustration with efforts – some of them through Freedom of Information – to learn more about the school’s operations and suggested that an investigation of all private schools of the province where the children live on site should be undertaken by the new independent PEI office. Child and Youth Advocate, once the post is filled.

Legislation to create the post was passed on Wednesday.