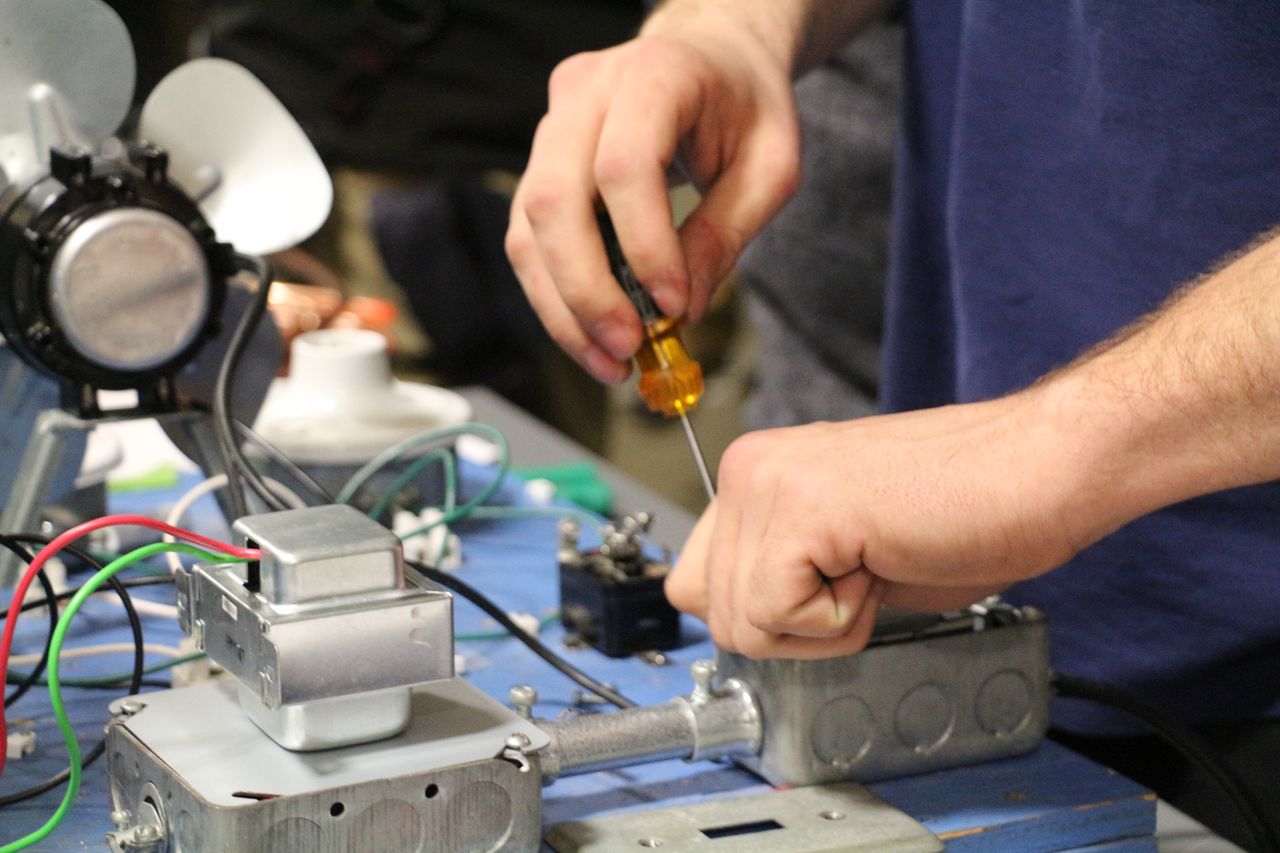 Proposed changes to vocational school admissions standards, which have been called discriminatory, must be submitted for public comment

Aya Faiz, a sophomore at Chelsea High School, told members of the Massachusetts Board of Elementary and Secondary Education at a meeting on Tuesday that she was suspended for two days in college for swearing. She said her white classmates used swear words at school and were held instead. It made her cautious about her behavior at school, she said.

Advocates who want to see changes to vocational school admissions standards say tougher penalties for students of color, like what Faiz described, are helping to see a vocational school student body less diverse than its candidate pool. A student’s disciplinary record is one of the criteria currently used to rank potential students.

“Simply put, we have higher expectations when we’re usually in schools that have fewer resources, and we get punished more harshly for not meeting them,” Faiz said. “Because the Professional Admissions Policy is based on these expectations, we are literally doomed when this policy chooses us based on these aspects. If we want our students of color to succeed, this policy must change.

After more than a year of discussions between Massachusetts education officials and stakeholders, the state Board of Education voted Tuesday to seek public comment on proposed changes to admissions standards. professional. The state Department of Elementary and Secondary Education will compile comments on the proposed amendments and incorporate the comments, planning to bring the topic back to the board in June for a final vote.

Currently, vocational schools admit students based on criteria of grades, attendance, disciplinary record, and recommendation from a counselor. Groups calling for a policy change, including the Vocational Education Justice Coalition, have said the current criteria are discriminatory because they result in the exclusion of students of color, English language learners, students with special needs and economically disadvantaged students.

DESE proposed to the board to change the admissions policy, removing the requirement for vocational schools to use the current criteria and prohibiting consideration of excused absences and minor behavioral or disciplinary infractions, as well as suppression language that schools may condition a pupil’s admission on successful completion of English or its equivalent and mathematics courses for the school year immediately preceding enrollment.

Instead, the ministry wants to give professional and career programs more flexibility to develop data-driven, local admissions policies that promote equitable access. And, DESE seeks to clarify its authority to intervene in cases of non-compliance, and in such cases, to order changes to admissions policies which may include the requirement of a lottery.

“The proposed rule changes follow more than a year of stakeholder engagement and discussion on these issues. These discussions, along with the Department’s analysis of enrollment and admissions data, made it clear that applying a single set of state-mandated admissions criteria is not in the best interest of students, families and professional schools and programs,” said DESE Commissioner Jeffrey Riley. wrote in a memo to the Board of Education.

Other proposed changes include that vocational schools and programs using selective criteria will not use criteria that have the effect of disproportionately excluding people in sheltered classes; that admissions policies using selective criteria can only be used when there are more applicants than places available; that each school and professional program annually submit its admissions policy to DESE by August 15; a requirement that admissions policies include strategies to promote equal educational opportunity and to attract, enroll, and retain a student body that, relative to students at similar levels in home districts , has a comparable academic and demographic profile; and that the admissions policy must be approved annually by the school’s board of trustees or school committee, among other changes.

Dan French, of Citizens for Public Schools, told council members he still believed the standard for admission should be a lottery.

Council member Paymon Rouhanifard asked the same question on Tuesday. He said this part of the proposal seems the most consequential, but also has the potential to be problematic.

Cliff Chuang, DESE’s senior associate commissioner for educational options, said the department plans to release guidance on the subject, which will provide more information on the matter. So far, DESE has had discussions with some schools that have considered separating disciplinary infractions that may impact shop class safety from other non-violent disciplinary issues, he said. .

The commissioner previously said middle school students learn from their mistakes and those mistakes don’t prevent them from having opportunities in the future, Chuang said. Groups like the Vocational Education Justice Coalition have made the same point.

Caitlin Looby of DESE’s legal team said the department wants to address concerns raised by students like Faiz. She also noted that there is an appeal process that students could use for situations like what Faiz explained, like being suspended for using a swear word.

Vocational school graduates say they just can’t get a break