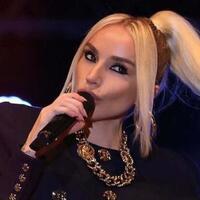 A Turkish court jailed a pop star on August 25 for “inciting hatred” over a comment about religious schools.

Singer Gülşen Bayraktar Çolakoğlu – a 46-year-old woman known by her first name on stage – has been detained at her Istanbul home and brought to justice.

A judge then remanded her in custody pending an investigation into comments she made on stage in April about Imam Hatip religious schools.

Footage from the August 24 Gülşen concert where she said, “He had already studied with Imam Hatip, his perversion comes from there,” sparked scorching criticism for the famous singer.

The Department of Education responded by initiating legal proceedings and issued a statement regarding the incident. “We condemn the singer for her remarks which contain insults and slander against a community by accusing our high school imam hatip during her concert.”

“It is never acceptable to make derogatory and marginalizing remarks towards these institutions raising generations with national and spiritual values ​​or any of our types of schools,” the ministry added.

In his post on a social media account condemning Gülşen, Justice Minister Bekir Bozdağ said: “Using the language of hatred, hostility and discrimination and provoking one part of the public against the other is also disrespectful to art and artists.

No one has the right and freedom to sow hatred, enmity and discrimination among our people, Bozdağ added.

Targeting a certain part of society with the allegation of ‘perversion’ and trying to separate Turkey is a hate crime and a disgrace to humanity,” said the spokesperson for the Justice and Development Party ( AKP), Omer Celik.

Moreover, Ali Erbaş, the head of the Directorate of Religious Affairs of Türkiye (Diyanet) reacted by condemning the singer.

“It is unacceptable to insult the imam hatip schools and their members, who were created to call for good, spread good and eliminate evil, and who have been leading this cause for 70 years.”

Gülşen issued an apology on social media before his arrest. “A joke that I shared with my colleagues that I worked with for many years (…) was presented and published by those who aim to polarize society,” she said.

In her testimony at the police station before she was imprisoned, Gülşen said the clip showing her making these comments was a misunderstanding as it was shot during a prank she made on her colleague. “It wasn’t a speech I made to concert attendees or the media,” she said.

This clip was shared months later for provocative purposes, according to Gülşen.

“I am an artist who loves her country, believes in equal opportunities, cannot ignore anyone and respects all the values ​​and sensitivities of the country. I do not accept the accusation,” she said.

Gülşen’s lawyer, Emek Emre, has vowed to appeal the star’s arrest and demand his immediate release. “Our client has committed no crime,” he told reporters.