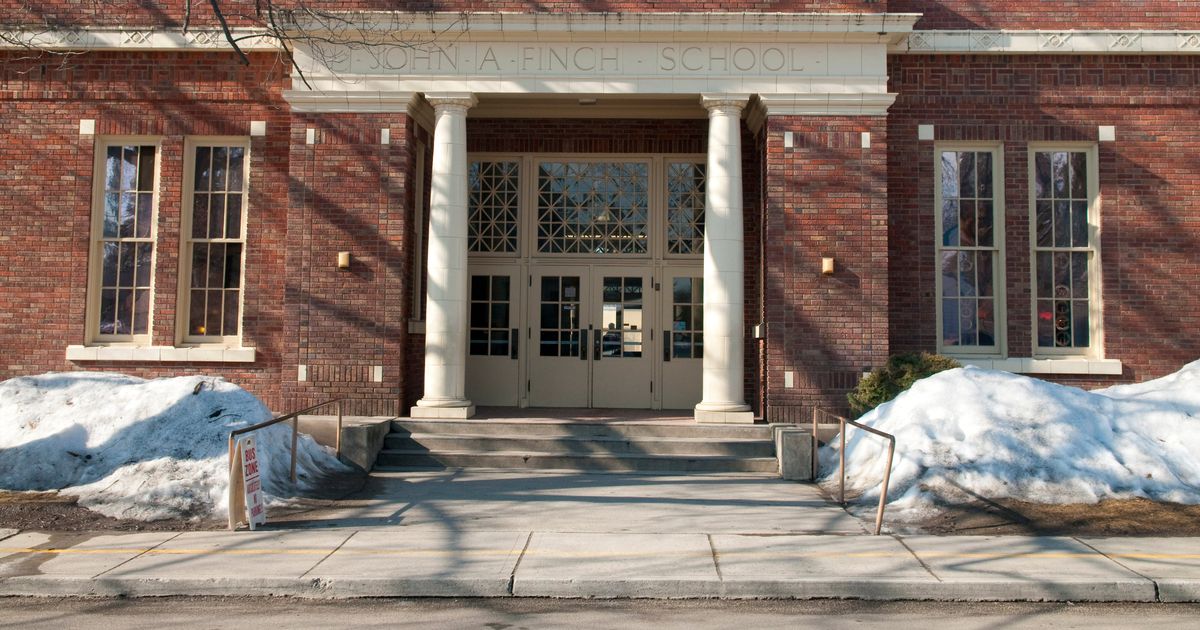 Spokane Public School officials are investigating an incident in which several staff at Finch Elementary School, including the principal, refused to wear masks as required by Governor Jay Inslee’s tenure and were escorted out from school.

The district on Wednesday declined to identify which other staff members were affected, their positions and what their employment status will be when school resumes on Monday.

“We are not commenting on personnel matters as there is currently an active HR investigation into the incident at Finch Elementary School,” district communications director Sandra Jarrard told The Spokesman-Review in a report. email Wednesday.

In a letter sent to families on Tuesday afternoon, the district stressed that “in accordance with the governor’s mandate, all SPS staff and students are required to wear face coverings at school.”

The letter went on to say that “several staff, including the school principal, chose not to comply with the requirement and refused to wear a mask.”

The letter continued, â€œSPS district staff quickly resolved this situation, with limited impact on the classroom and school environment. While we respect the divergent views that exist regarding masks, we are obligated to follow the mandate and have taken appropriate steps to ensure that the situation is rectified. “

Among those escorted out of the school was Principal Shane O’Doherty.

He apologized on Wednesday: “I’m so sorry if my actions on Tuesday caused any confusion or anger for anyone, especially after Finch Elementary School was pushed in the media.”

The peaceful protest, O’Doherty wrote, was undertaken because he feared that wearing the mask would have a negative effect on the education, social and emotional well-being of the children.

He noted that many children do not wear masks properly; touch them without sanitized hands; and in some cases chew them.

He said educators couldn’t see their students’ facial expressions, losing an important connection to their learning, and called on the district to discuss the benefits versus the risks of requiring masks in schools.

Natalie Poulson, a special education specialist at the North West Spokane School, told KXLY on Tuesday that she was one of the staff who was escorted off school property by the district staff around 10:30 a.m.

“I think it’s the fact that it’s so hypocritical that you can go anywhere, you can go and sit and have a nice dinner and not wear a mask, but you can’t sit in school 3 feet from everyone and not wearing a mask, â€said Poulson, who said she was put on administrative leave.

The American Academy of Pediatrics is among the organizations that recommend mask mandates in schools.

Some public health officials have argued that mask warrants are particularly important because vaccines only recently became available to elementary school students.

Many studies have shown that masks reduce the transmission of COVID-19, including research by the ABC Science Collaborative, which is coordinated by Duke University School of Medicine. The work of this group showed that mask warrants significantly reduced outbreaks of COVID-19 in schools, even after the most contagious delta variant circulated widely.

Poulson, an educator for 18 years, did not respond to requests for comment on Wednesday.

She sharply criticized Inslee’s mandates on masks and vaccines.

On October 3 in Olympia, Poulson spoke out against the vaccination mandate at a â€œrally for medical freedomâ€ outside the State Capitol.

Poulson also participated in â€œFreedom Fridays,â€ a silent protest in which people across the state left shoes and messages supporting medical freedom.

More than 90% of Spokane public school employees are fully immunized, according to the district. Employees are required to undergo regular COVID-19 testing and wear KN95 masks.