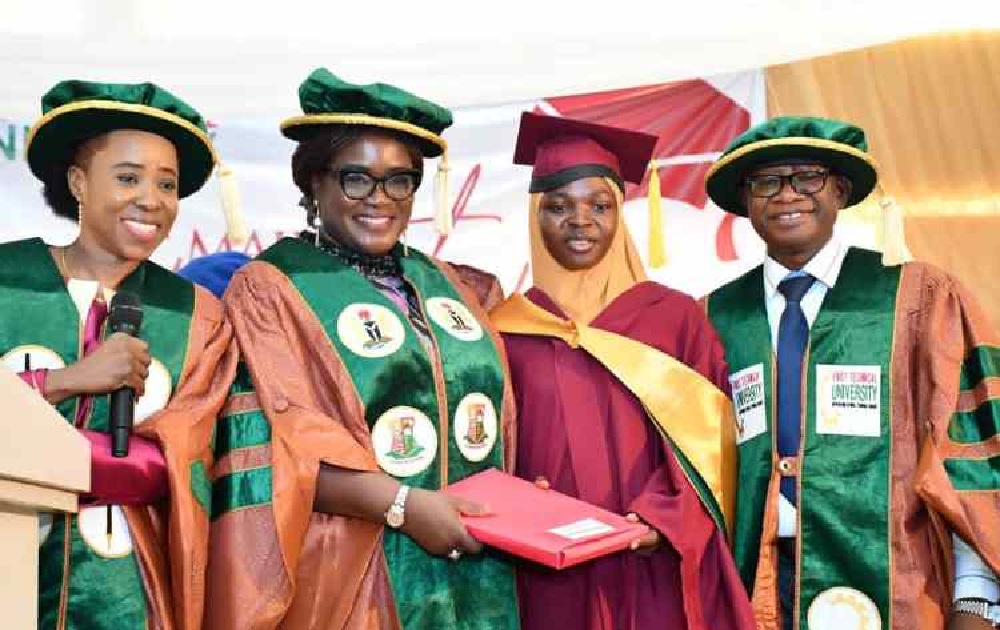 The Technical University has announced automatic job offers to all first-class graduates of the university.

The Vice Chancellor of the university, which belongs to the Oyo State Government, Prof. Ayobami Salami made the announcement during the university’s first convocation held in Ibadan on Saturday.

This was in a statement made available to THE WHISTLER on Sunday.

The VC said, “We are graduating 63 students in all. These are 10 students in computer science, 20 in industrial chemistry, 22 in microbiology, 8 in software engineering and 3 in physics. Of the 63, 12 have first class while 24 have upper second class.

“In addition to degree programs, each student must complete an entrepreneurship degree program and a certificate program in an international language other than English.

“The university, within two years of commencing academic activities, won three international research scholarships with a combined value of over $450,000 and many more.

He appreciated the Governor of Oyo State for giving free rein to the management of the institution and allowing the local government scholarship program to continue unhindered.

He added that the university, which was established by the administration of the late Senator Abiola Ajimobi, had secured the support of local and international partners to award scholarships to all who accept the offer, to enable them to have international exposure through masters training in the United States of America as well as Brazil.

The Governor, who was represented by State Government Secretary Ms. Olubamiwo Adeosun, said the focus had shifted from white-collar jobs to self-employment around the world, saying Tech-U graduates, by the training they had received, would be among the employers of labor in the country and beyond.

The Governor said: “Furthermore, I am aware that the type of training this institution offers exposes students to practical work in various areas of their studies.

“It is therefore undeniable that these graduates have acquired the necessary skills in vocational training, skills acquisition and entrepreneurship development as a prerequisite for self-reliance and job creation.