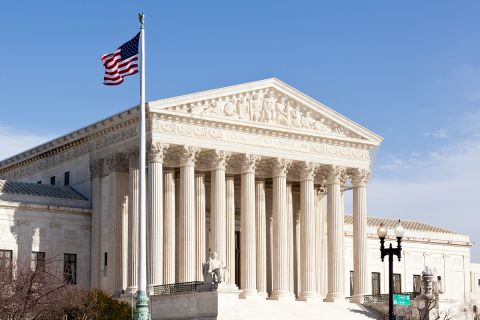 There is nothing neutral about the Maine program,” Chief Justice John Roberts wrote in the majority decision. “The state pays tuition for some students in private schools – as long as the schools are not religious. This is discrimination against religion.

Justice Sonia Sotomayor, one of three dissenting liberal justices, warned that the conservative-dominated court had moved from past precedents that allowed “states to deny funding to religious organizations” to the court’s current position “which compels states in many circumstances to subsidize religious indoctrination”. with taxpayers’ money.

The details of the case relate to only a few thousand rural students who do not have access to a local public high school, which is not the norm in Michigan or most of the country. But the decision could affect as many as 37 states that have laws that currently allow state money to go to private and secular schools but prohibit the same type of funding for religious schools.

This is not the case in Michigan. Unlike Maine, Michigan’s constitution prohibits the use of public money for all private, religious and non-religious education. This is unlike many states that have so-called “Blaine Amendments” that explicitly prohibit public funding of religious schools.

Michigan voters rejected an effort to amend the state constitution in 2000 to allow the state to fund private schools. But the battle is far from over. A pro-school choice group backed by the DeVos family is collecting signatures for a petition that, if approved, would allow people to earn tax credits for donating to a scholarship fund. studies for students in public and private schools. Although it missed a key deadline to deliver signatures, the group hopes the legislature will pass the initiative anyway.

There is also an ongoing lawsuit challenging the 1970 state constitutional amendment against public funding of private education. The Mackinac Center Legal Foundation is one of two law firms representing plaintiffs in Michigan.

Michigan State University law professor Frank Ravitch said Tuesday that the state’s current constitutional amendment insulates Michigan from the immediate effects of the Supreme Court’s decision. But he noted that the High Court has aggressively expanded the place of religion in public life in recent years.

“There are some serious divisive issues that could arise, but I think as long as Michigan maintains its current constitutional provision (prohibiting public funds for private schools), it should be fine. But the court expanded that doctrine so quickly and far that it’s hard to say with 100% certainty.

Ravitch noted that in 2020, the Supreme Court ruled in a Montana case that states cannot extend tax credits to private schools while excluding religious schools.

Tuesday’s ruling, he argued, extends the idea to “outright voucher programs.” Ravitch said it’s very possible taxpayers don’t want their tax dollars going to religious institutions they don’t agree with and schools that may discriminate against LGBTQ or other students. .

But Beth DeShone, advocacy director for the Great Lakes Education Project, a nonprofit that supports school choice, called the decision “a win for families,” although she agreed it won’t. There was no immediate impact for families in Michigan.

“It gives a lot of hope to families looking for options that can include religious schools,” DeShone said.

Wright is representing the Mackinac Center in several lawsuits involving school funding, one of which, Hile V. Michigan, is challenging the state’s decision to block families from using their 529 savings plans for school fees. education in private religious schools. This case, currently in federal court, could help open the door to more direct efforts to provide public funds to these schools.

Michigan Association of Christian Schools executive director Tim Schmig says the line of recent Supreme Court cases gives hope there will be more “parental access” to “their own taxpayer dollars.” to educate their children as they see fit, including in religious schools. Schmig said taxpayer funds should follow students rather than systems.

Similarly, Kristine Bowman, a professor of education law and policy at Michigan State University, said the decision opens the door to “greater privatization of elementary and secondary education.”

She said it could also lead to further questions about the role of religion in public schools. In the long run, she says she wonders if this decision will affect the court’s precedent on school prayer. The Supreme Court is expected to issue a separate opinion soon on such a case, involving a prayer led by coaches on a high school football field after a game.

“The political forces in Michigan who are trying to divert public taxpayers’ money to private schools now understand that if they can just get rid of Michigan’s constitutional restriction, nothing will stand in the way of the United States Supreme Court- United provide funding to religious schools,” he said.