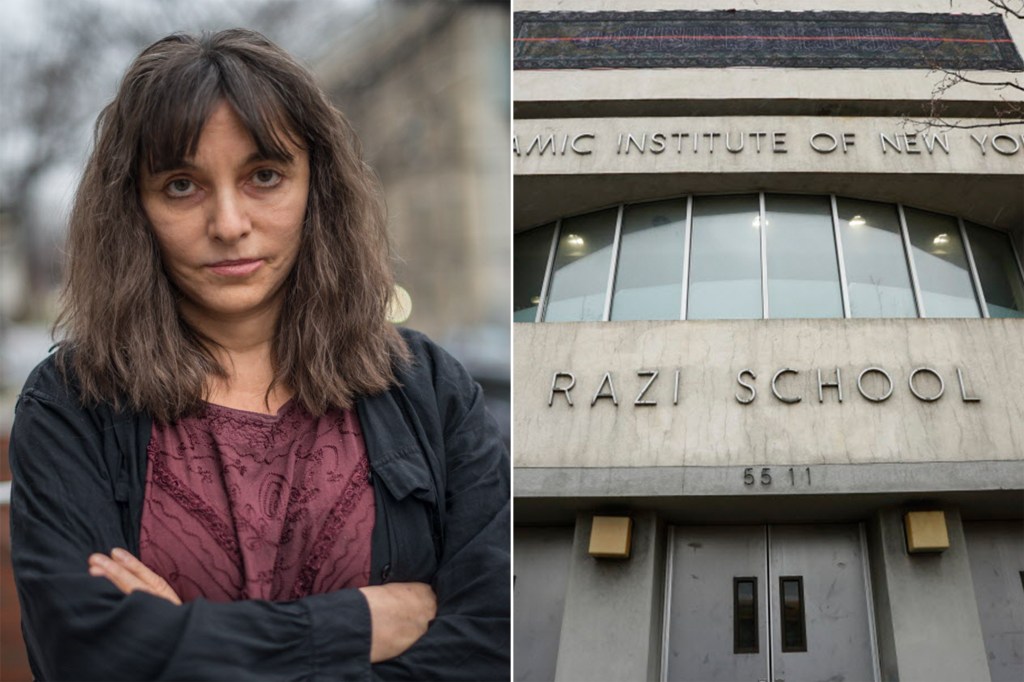 A row over Adam and Eve between a city-paid teacher and third-grade students at a private Muslim school has landed the instructor in pedagogical purgatory, The Post has learned.

English teacher Nina Kossman committed the sin of ‘telling the truth’, she says of her expulsion from Razi School in Woodside, Queens, which uses teachers from the Department of Education Taxpayer-funded city education in a federally mandated program for poor children.

Kossman infuriated parents by telling their children that Adam was “not real”. She noted that Judaism, Christianity and Islam share the myth, believing it would “help build tolerance” towards other religions. She also inadvertently showed the children a classic painting of the first imagined couple in the Garden of Eden – naked.

A group of angry parents showed up at school the next day to complain that she was “discussing Jews with them and showing them pictures of naked people,” said Kossman, Imani Al-Amin, an assistant at the director.

“Parents were shocked – furious,” the assistant said, according to Kossman. “You have to understand it’s a different environment.”

Last week, Kossman was kicked out of Razi and exiled to a DOE “rubber room,” a Queens office used for educators facing discipline. While she does menial paperwork, taxpayers pay her $90,000 salary.

Kossman’s problems began when his third graders got together.

“It was a conversation between the children, but I was there,” she recalls. “A girl was trying to say that girls are as important as boys because without women there would be no men.”

The girl turned to Kossman: “Master, everyone is born from a woman’s womb, isn’t it?”

Kossman agreed, but a boy replied, “A person is not born from a woman’s womb – Adam!”

The boy objected, “Adam is not a story! He is real!

But Kossman persisted: “The story of Adam and Eve belongs to three religions – first Judaism, then Christianity, then Islam.”

When some kids said they didn’t believe it, Kossman opened his laptop and called up the Wikipedia page on Adam and Eve. Emerges the famous painting by the 17th century artist Paul Rubens of naked Adam and Eve.

Kossman said she covered the image with her hands, but read the Wikipedia entry, which says Adam and Eve are a “creation myth” of all three religions.

With the kids still calling him bad, Kossman insisted, “Well, that’s up to you to think about, but it happens to be true.”

An NYU Islamic studies professor who did not want to be named chided Kossman, “Many religious people think that someone in scripture is actually historical truth. To say it’s a myth can be considered offensive.

Razi K-12 School charges tuition of $5,500 to $5,700 per year, but is entitled to use multiple teachers from the city’s DOE as it is a school “Title I,” where at least 40% of students qualify for free lunch. The DOE spends $42.6 million a year on teachers and other staff in Title I nonpublic schools, reports the Independent Budget Office.

Razi touts a college prep program, but also has a mosque where students pray for about an hour a day.

Employees also wear hijabs, but Kossman was exempt. Two other DOE teachers in the school are male.

Kossman said she’s never been in trouble before. Since 1991, the DOE has sent her to about 20 religious schools, mostly Catholic, but several yeshivas and one other Muslim school. She was posted to Razi in September 2014.

She teaches English as a second language to students who speak Urdu, Bengali, Farsi and Arabic at home, using fairy tales and literature in lessons. “The children love me very much. They like my classes,” she said.

Kossman, who emigrated from Russia to the United States with her parents in 1973, describes herself as non-religious. She wrote seven books, including her own poetry and translations, as well as an autobiography of her childhood in the Soviet Union. She is also a painter and sculptor.

DOE teachers assigned to nonpublic schools “do not have specific guidelines,” Kossman said.

“It is generally understood that religion should not be discussed with students,” she added. “I probably should have avoided talking about it.”

Al-Amin and Principal Ghassan Elcheikhali declined to comment, referring questions to the DOE, which said Kossman was under investigation.