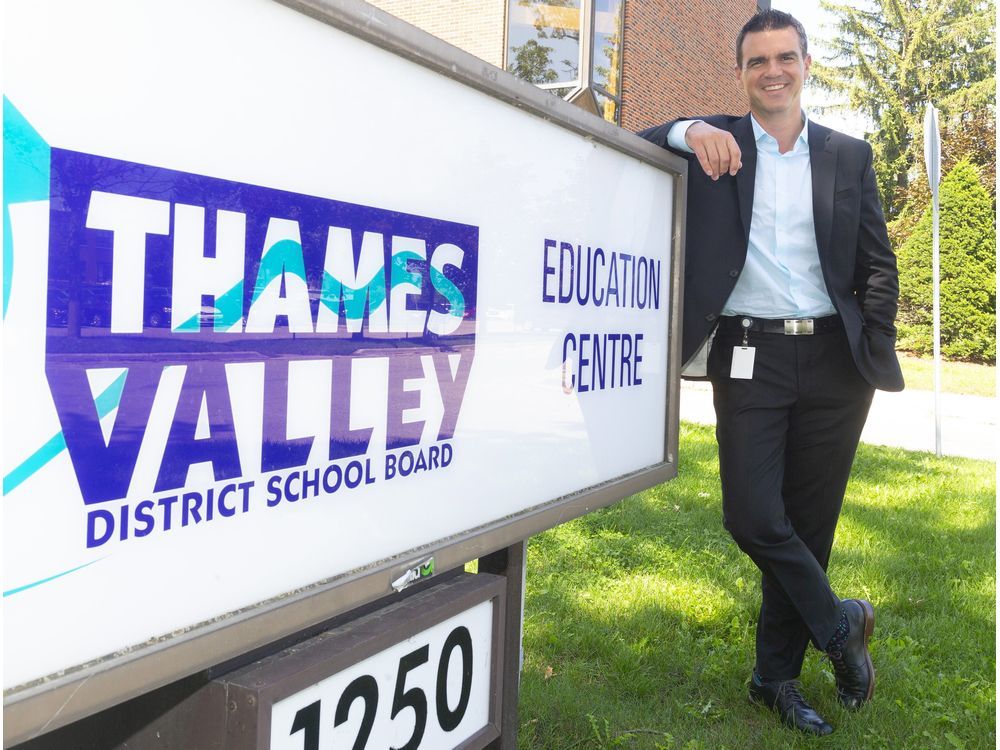 A London vocational school at the center of protests over its future has limited the progress of many pupils and needs to change, says the head of education for the Thames Valley District School Board.

But B. Davison High School will not be closed, and it could become a place where students learn “in a non-traditional way,” Mark Fisher said.

The vocational programs offered for decades at the school are offered at schools in the Thames Valley, he said in an interview with The Free Press on Wednesday.

“What we are trying to do now is to make sure that, as much as possible, children can go to their own school and get the kind of programs they need. At the same time, we are going to set up an alt ed (alternative education) program for some of these children who prefer to learn in different ways,” he said.

“We will be looking, in consultation with the general public, at what some of these non-traditional methods are and how can we use B. Davison’s site.”

Dozens of alumni and parents have contacted the London Free Press, saying B. Davison and his predecessors, Thames and Sir George Ross, have enabled them to succeed in ways that other large traditional schools could not.

But Fisher said that’s not the case for many students.

Literacy and other assessments of B. Davison’s students found “that many of these children, in fact, were far more capable than the program offerings available at Davison.” So when they went to B. Davison, their likelihood of going to college or the trades was diminished. said Fisher.

“We have a moral obligation to ensure that every student in our system achieves their full potential. And frankly, that didn’t happen with B. Davison.

He denied claims from sources within the board and from parents that the board had stopped accepting Year 9 students for the past two years.

“There hasn’t been a formal halt to enrollment,” Fisher said.

The parents and daughters of the late Basil Davison, a former teacher and school namesake, took to social media in late June to protest and rally against the school’s closure or the end of its professional programming.

Former pupils provided The Free Press with a common refrain: they fit in nowhere else but at Sir George Ross and Thames Schools, which were merged into the Thames site and renamed B. Davison in 2014.

Jennifer Escaf said that after grade 8 she tried four different secondary schools before going to Thames in the late 1980s.

“It was the first time in my life that I was not ostracized. I fitted in and the teachers and the program were phenomenal,” she said on Wednesday. “This place really changed my mind about school and taught me how to learn in a special way. You get thrown through the cracks at other schools.

Everyone deserves a good education, said former pupil Pamela McConnell, who had children in daycare while in Thames in the 1980s.

“In regular school, where they feel like they can’t make it, some students won’t get the education they would get from a school like Davison,” she said.

Despite the protest and an online petition, Fisher defended the board’s handling of its communications about B. Davison with parents and others.

“There is a lot of false information that has been spread here,” he said. “We have had virtually no contact with any concerned parents.”

A welcome email is on its way. If you don’t see it, please check your spam folder.