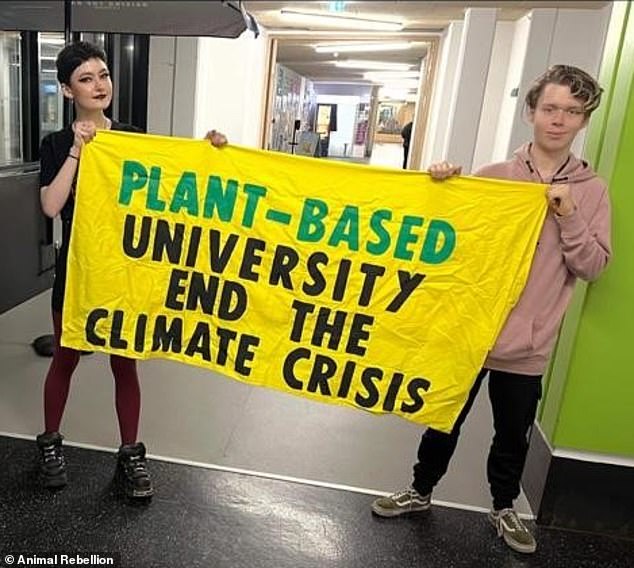 University of Stirling bans meat and dairy on campus: Students’ union votes to go vegan by 2025

A Scottish university will become the first in the UK to have an all-vegan student union after students voted for all outlets to drop meat and dairy by 2025, as campaigners condemn the decision as an “attack on freedom of choice”.

In a move seen as a snub to farmers, the University of Stirling student union voted last week to switch to ‘100% plant-based catering’ within three years – 50% of the options being vegan by 2023-24 academic year.

The Plant Based Universities campaign, which is backed by Animal Rebellion, a splinter group from Extinction Rebellion, hailed the result, as did Guardian columnist George Monbiot and BBC presenter Chris Packham.

It is the first UK student union to endorse a ban on meat, fish and dairy at its outlets, as students at the University of Edinburgh rejected a similar proposal in a referendum in campus-wide in 2020.

The University of Stirling will become the first in the UK to have an all-vegan student union in a bid to tackle climate change. Pictured are campaigners for the menu change

Of the 6,000 votes cast in Edinburgh, 58% said no to a proposal to mandate campus-wide veganism in cafes and restaurants.

Rural campaigners hope the University of Stirling will reject the motion or consider asking its students to vote in a campus-wide poll, similar to the one carried out in Edinburgh.

The Countryside Alliance thinks the student union should opt for locally sourced meat and dairy with low air miles, rather than implementing an ‘illogical’ outright ban.

Mo Metcalf-Fisher, a spokesperson for the organisation, said: “This is obviously an attack on the freedom of choice imposed by a small number of students on the whole student body, but it is is also illogical.”

The Stirling Students’ Union would do much better to source sustainable local meat and dairy from Scottish farmers.

“How can an avocado imported from South America have an ecological superiority over a piece of grass-fed beef from a local farm? »

“The University of Stirling should demonstrate its support for Scottish farmers by ensuring they continue to supply meat and dairy, regardless of what its student union decides to do.”

The Countryside Alliance thinks the student union (pictured) should opt for locally sourced meat and dairy with low air miles, rather than implementing a total and ‘illogical’ ban.

It comes as universities are told to ‘decolonise’ courses from IT to classics by the degree watchdog.

For the first time, the Quality Assurance Agency, which verifies course standards, has incorporated critical race theory into its recommendations.

He wants a wide range of courses — including science and math — to teach about colonialism, including “white supremacy.”

Many tutors are expected to accept advice, although compliance is technically voluntary, Mail Plus reported.

In one example, the QAA says computer science courses should address how “colonial value hierarchies” are “reinforced” in the field. 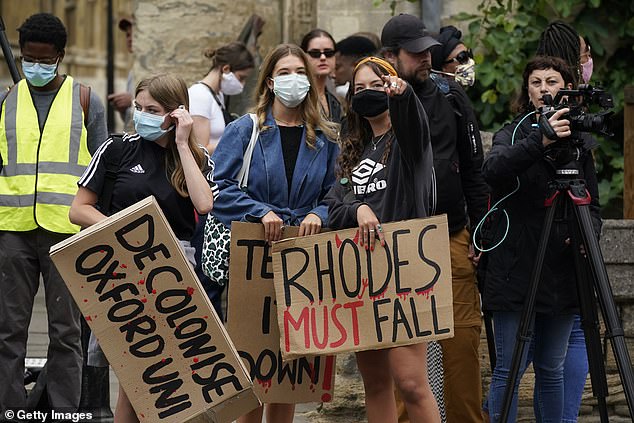 Critics last night said the council was ‘anti-white and anti-Western’ and accused the QAA of ordering ‘wake-up’ classes.

It comes after a Daily Mail survey found many universities were already ‘decolonising’ science and vocational subjects under pressure from campaigners.

A post on the University of Stirling’s SU website has confirmed that the motion to switch to 100% plant-based food by 2025 has passed, which will impact its three restaurants. The University’s 10 catering outlets will not be impacted by the change.

Around 100 participants took part in the meeting, representing the Scottish university’s 17,000 students.

In documents on the SU website dated November 2, the motion states: “A transition to plant-based diets is a necessary step in developing a more sustainable food system and in reducing the climate effect on the planet.

“That this transition can be achieved without prejudice to one or more particular people.

“That this transition is aimed at achieving an all plant-based food system within the Stirling Students’ Union.”

He also noted, “Globally, the largest proportion of emissions from food production comes from animal agriculture (57%), with global emissions exceeding the combined emissions of the United States… the production of ‘plant-based foods contribute only 29% percent of emissions.’

The decision was welcomed by environmental writer Mr Monbiot, who said: “It’s fantastic to see the next generation taking control of their future and putting humans, non-human animals and the planet first. ”

“Activists at the University of Stirling’s plant-focused universities are leading the way in tackling the climate crisis and creating a sustainable food system.”

The presenter wrote on Twitter: “Young people doing it for themselves – good from @RebelsAnimal and @plantbasedunis @StirUni – posted on Instagram @veganuary @vivacampaigns.” 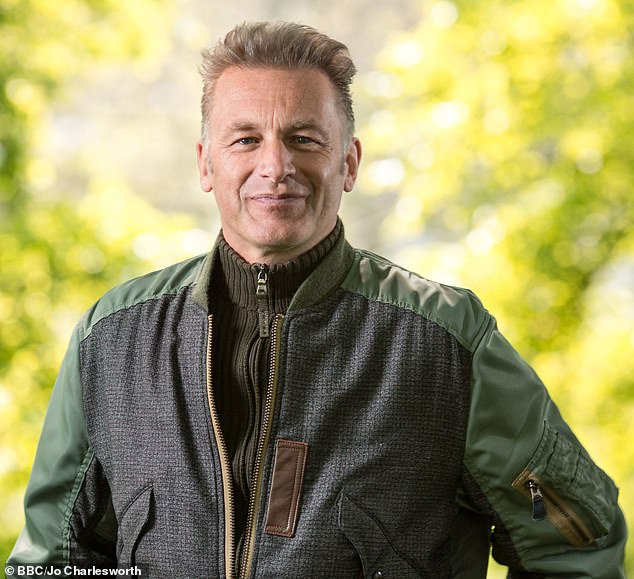 The Plant Based Universities campaign, which is backed by Animal Rebellion, hailed the result, as did BBC presenter Chris Packham (pictured) 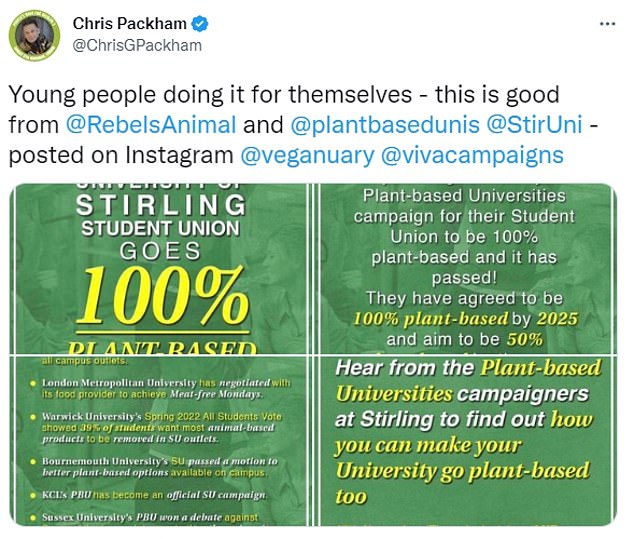 A spokesperson for Animal Rebellion said: ‘Students at the University of Stirling have voted to adopt an all-plant-based menu to tackle climate and ecological emergencies.

“The decision represents the first of its kind in the UK, following similar commitments made by universities in Germany.”

Stirling student Imogen Robertson, 21, who campaigned for the all-vegan menu, said: ‘This vote is a clear sign that young people are ready to take decisive action in the face of climate and ecological emergencies.’

“We will work with catering staff to ensure this vote is implemented in a way that provides cheap, delicious and planet-friendly options across our student union.

“We are delighted that our fellow students have decided to follow the scientific advice of world-renowned scholars and step into a better future.

“We hope this will spark a wave of bold action across UK universities to commit to just and sustainable plant-based restoration.”

In a joint Instagram statement, the Plant Based Universities campaign and Animal Rebellion called the vote “an unprecedented step toward climate justice.”

“Stirling’s student union has listened to scientific advice from world-renowned academics and is setting a benchmark in environmental policy for other universities to follow,” they wrote.

A spokesman for the University of Stirling Students’ Union told MailOnline: ‘It was noted at the meeting that as the motion would have commercial implications for the charity it would require consideration further to determine how the Union could move towards supporting the proposal.

“We are confident that, given the current policy, we will be able to work positively with the direction of the motion as indicated by our members.”